Note: This tutorial was originally written for the MEMS microphone breakout with ADMP401. However, the IC is EOL. The replacement is ICS-40180 from InvenSense. The overall functionality is the same with some slight differences in the specifications, which will be outlined in the Hardware Overview.

The SparkFun MEMS microphone breakout board is a simple and easy-to-use microphone for a variety of sound-sensing projects. The on-board microphone is a low-power, omnidirectional microphone with an analog output. It works for both near and long-range uses and is particularly good for portable applications due to its low power consumption. Possible applications include: smartphones, digital video cameras, and keeping an "ear" on your pets while you're away. Below are boards that breakout the ADMP401 and ICS-40180 microphones. 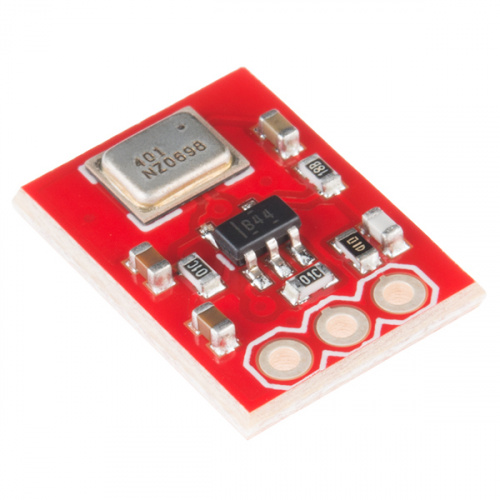 This tiny breakout board features the ADMP401 MEMS microphone. One of the key advantages to this breakout and microphone is t… 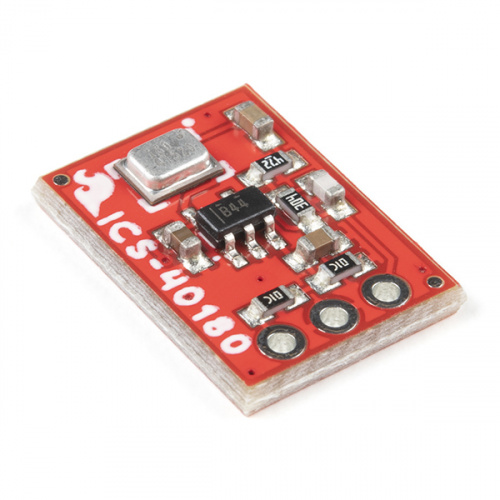 Read this hook-up guide to get an overview each breakout board and how to use it, including its technical specifications, how to hook it up to a microcontroller, and an example code to get started!

Questions? Feedback? Want to share an awesome project you built using this sensor? Write a comment at the end of this tutorial!

We also suggest reading the following for more information about sound and specifications for the IC that is populated on your version of the MEMs microphone breakout.