How Lithium Polymer Batteries are Made 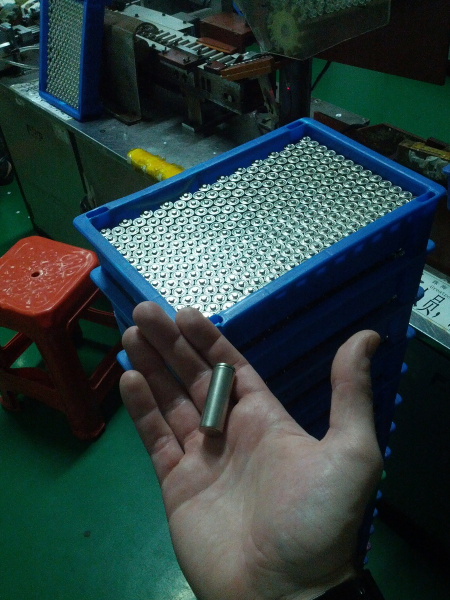 On a different line Lithium Iron Phosphate batteries (LiFePO4) were being made. I was told the process is nearly the same, so I didn't get as many photos. Because "lithium iron phosphate cells are much harder to ignite in the event of mishandling" they are considered the 'safer' battery compared to LiPo batteries. I'm not entirely convinced, but LiFePO4 batteries are finding their way into many rechargeable vehicle applications. Watch out for the nominal 3.2V (instead of 3.7V for LiPos), but if you're making a massive battery pack of cells in series, 3.2V doesn't really matter.

This machine would take bare cells and automatically cut and slip on the heat shrink label. The loose cells then entered a 4 foot heat tunnel. I just love the sound in this video. 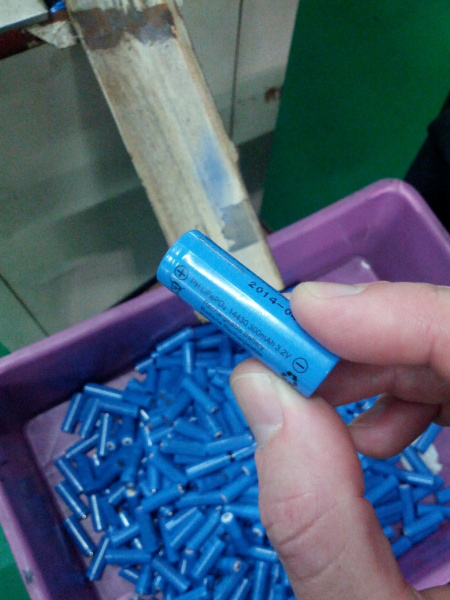 After exiting the oven, a AA sized battery complete with heat shrink label.