How Lithium Polymer Batteries are Made

After asking so many questions and taking so many photos the materials engineering was really getting into showing me around. I don't think I was much like their average tour. Excitedly, the engineer asked me if I would like to see the test chamber - YES! 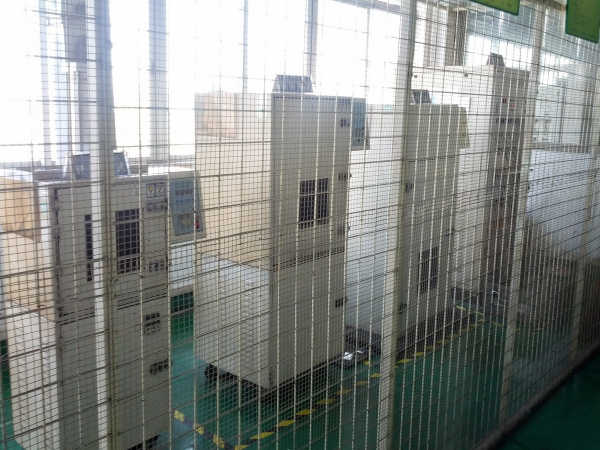 On a different floor of the building a caged room housed eight machines of medieval torture. QC and failure testing is a part of every batch of batteries produced during the day. 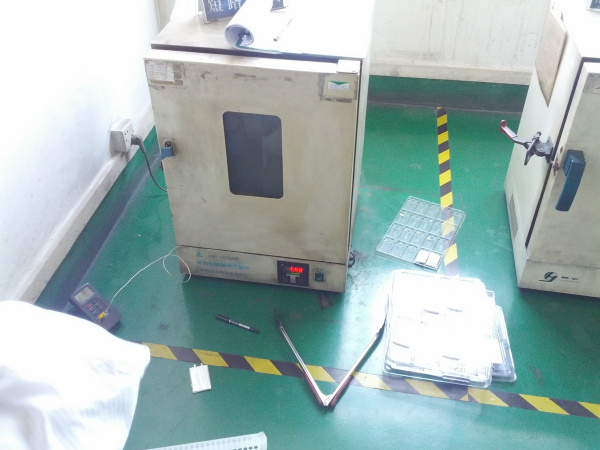 They quickly offered me access and I hesitantly entered. Above is the oven that pushes batteries to their eventual demise. 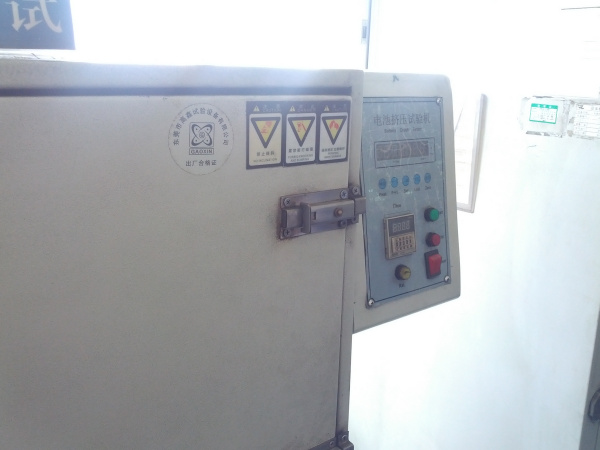 The aptly named 'battery crush tester' takes a cell and squeezes the sides laterally until it fails. 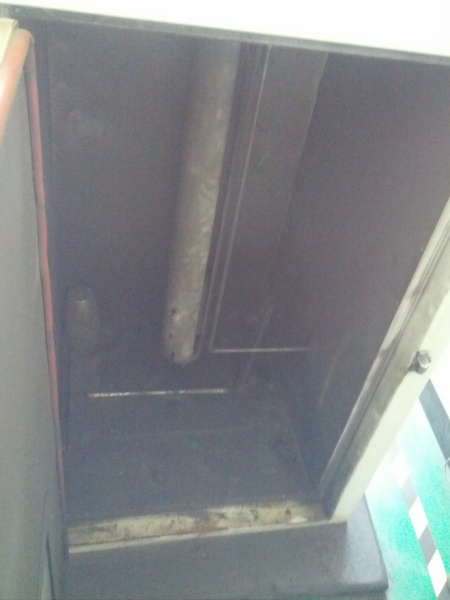 The puncture tester is composed of a 10kg mass with a 10mm diameter rod at the end of it. The test pulls this mass 1m into the air and thrusts it down into the flat face of the cell. The engineer fired this one with an astounding thud that caught me off guard. It's a lot of force. 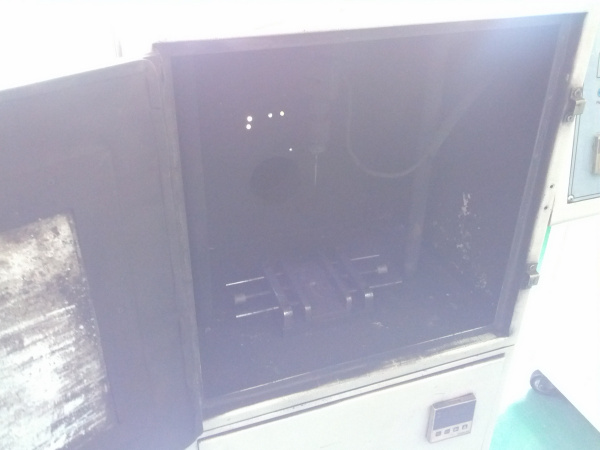 The stake test. Can we poke it until it ignites? 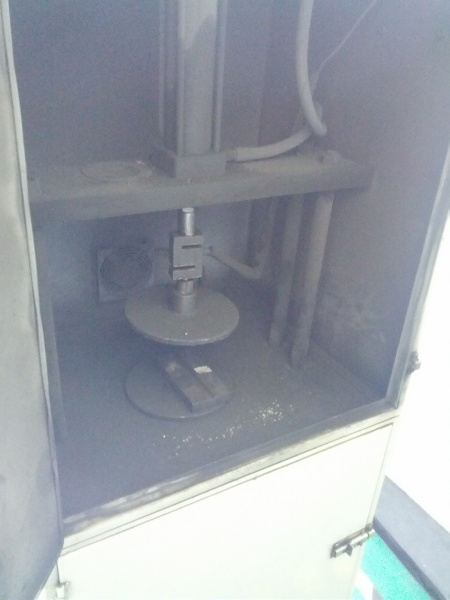 The fold test. This presses the cell down onto a length of triangular steel that causes the cell to fold at gnarly angles. Needless to say the carnage was epic and the chambers were covered in the soot of failed cells. 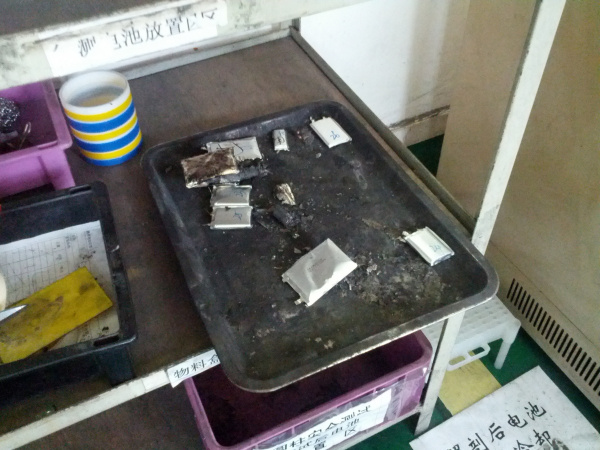 A few cells after their voyage. 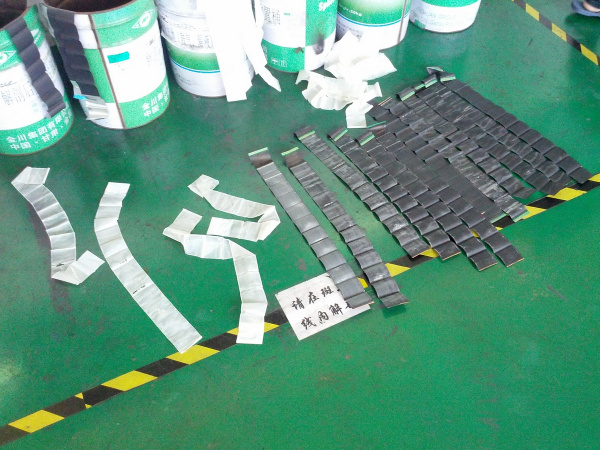 Once they reach the end of the test, the cells are decomposed, unrolled, and the failure vector evaluated. Overall I was impressed with the level of undertaking and verification.