At the heart of almost every robotics project is remote control. Up to this point, we have only looked at autonomous or pre-programmed control of the RedBot. Using a few simple commands, we will setup the RedBot to respond to Serial data that is transmitted from your computer.

Let’s load this experiment onto the RedBot. Go to File > Examples > SparkFun RedBot Library > Exp9_SerialDrive or copy and paste the example code below:

After uploading this sketch, open up the Serial Monitor. 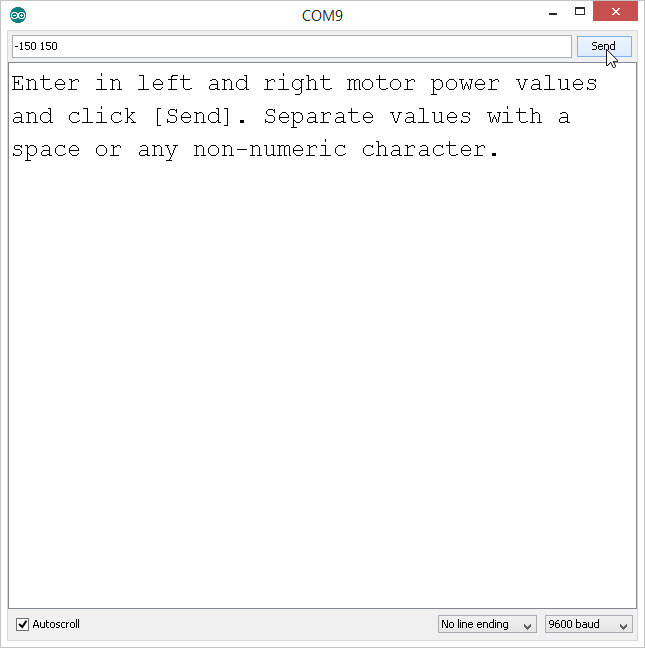 In the code, we print out a few lines in the setup() using the Serial.println() command. These are used as user-interface prompts. Type in one or two numbers into the input window and click [Send]. The motors should start spinning. The values that you send to the RedBot will drive the left and the right motors, respectively. What happens when you type in a negative value? How would you stop the motors?

This first command in the setup() starts the Serial communication between the RedBot and your computer. The "9600" specifies the baud rate or speed that you can communicate. Did you notice that the RedBot response lagged a little from when you sent it commands to change speeds? Try changing the baud rate to 57600. Note that when you change the baud rate, you need to re-upload your code and change the speed on the Serial Monitor. 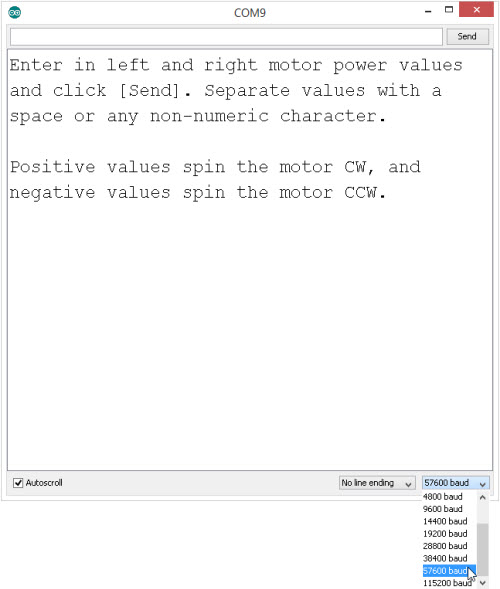 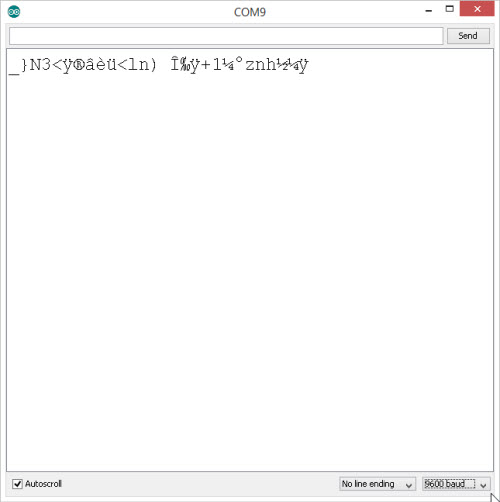 In the loop() part of the code, we start with a simple if() conditional statement. Serial.available() returns the number of bytes waiting to be read in. Remember that this is on the RedBot. So, when we type in "-150 150" [Send], there are 8 characters worth of data being sent to the RedBot.

Next, we use a nifty function of the Serial object called .parseInt(). This function reads in the next numeric value and converts this to a number. Note that when we pass data back and forth on the Serial Monitor, we generally pass data as ASCII characters. Because these are not actually number values, we need to use this function to read in the data and convert them.

You can use this same method to send any number of data items. For this example, we're just sending two pieces of data (leftMotor power and rightMotor power). You can use this to signal turning on LEDs, making sounds, or moving motors.

The Serial object in Arduino has many other methods, functions, and features. Serial communication is one of the simplest methods to send data, instructions, and commands between the RedBot and your computer. If you look closely at the RedBot, you should see two lights blinking back and forth whenever data is being sent or received.

In today's world of GB/s data rates, this may not seem like that much, but this is remarkably fast given that it's just being sent over two very thin wires.

The XBee radio modules are ready to go with their default settings. The radios are on a generic network address (3332) and are broadcasting out to any and all radios that are on this network. Note: The default settings will not work in a classroom setting or where there may be more than one set of wireless RedBots.

To start, plug one XBee into the XBee Explorer USB. It is very important to make sure that the pins all line up and the XBee matches the white pentagonal outline on the XBee Explorer. Using a USB cable, connect this to your computer. Your computer may "find a new device" and attempt to install drivers. Allow your computer to complete this process before moving on.

The RedBot should now be connected to your computer wirelessly: through the two XBees. The XBee Explorer will identify as a different Serial Port on your computer. Go to the Tools > Serial Port menu and change this to the Serial Port for the XBee. 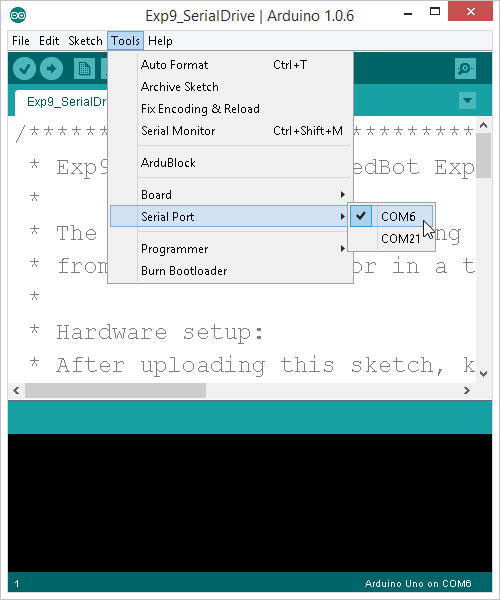 Now, open up the Serial Monitor. Push the [Reset] button on the RedBot, and you should see text come across. Type in a couple numbers and see if your RedBot starts moving. With the default XBee configuration, you can only communicate at 9600 baud. 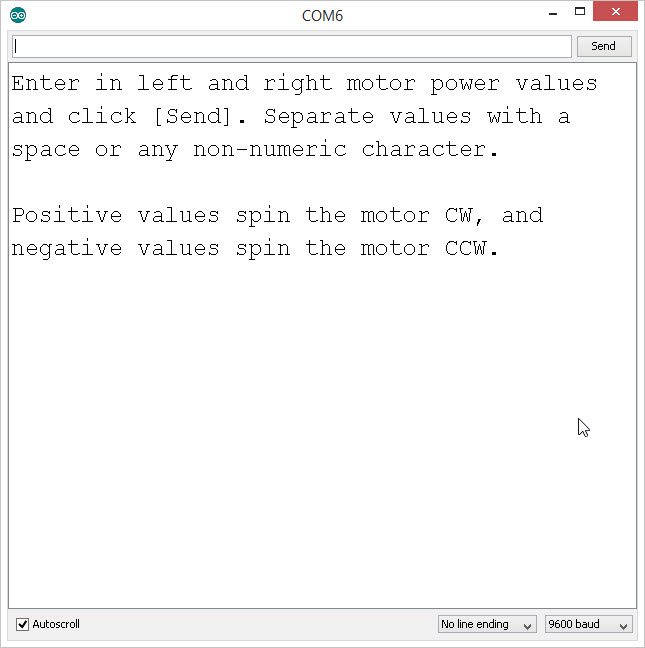 Notice that this uses a different COM Port.

If you want to use a different baud rate, or you want to run multiple RedBots in a single classroom, you will need to re-configure each of the XBee radios. For this, you can use a program like XCTU. XCTU is a configuration tool made by Digi, the manufacturer of the XBee Wireless modules.

For more information on XBees or wireless projects check out our tutorial on Exploring XBees and XCTU to get started:

How to set up an XBee using your computer, the X-CTU software, and an XBee Explorer interface board.
Favorited Favorite 12
Share
Use this URL to share: