There are a variety of development environments that can be equipped to program the ESP8266. You can go with a simple Notepad/gcc setup, or fine-tune an Eclipse environment, use a virtual machine provided by Espressif, or come up with something of your own.

Fortunately, the amazing ESP8266 community recently took the IDE selection a step further by creating an Arduino addon. If you're just getting started programming the ESP8266, this is the environment we recommend beginning with, and the one we'll document in this tutorial.

With the release of Arduino 1.6.4, adding third party boards to the Arduino IDE is easily achieved through the new board manager. If you're running an older version of Arduino (1.6.3 or earlier), we recommend upgrading now. As always, you can download the latest version of Arduino from Arduino.cc.

If you already have a URL in there, and want to keep it, you can separate multiple URLs by placing a comma between them. (Arduino 1.6.5 added an expanded text box, separate links in here by line.) 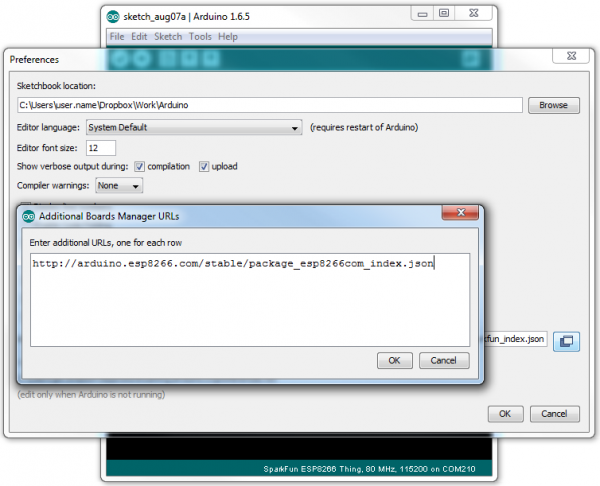 Hit OK. Then navigate to the Board Manager by going to Tools > Boards > Boards Manager. There should be a couple new entries in addition to the standard Arduino boards. Look for esp8266. Click on that entry, then select Install. 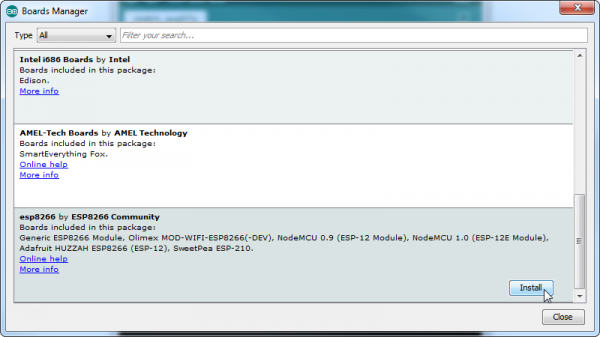 Selecting the ESP8266 Thing Board

With the Board addon installed, all that's left to do is select "ESP8266 Thing" from the Tools > Boards menu. 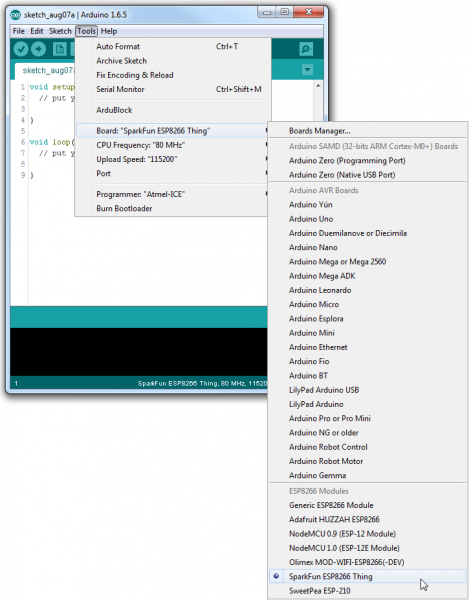