A decade box is a tool that contains resistors of many values accessed via mechanical switches. Adjust the knobs to output any of the discrete resistances offered by the box. 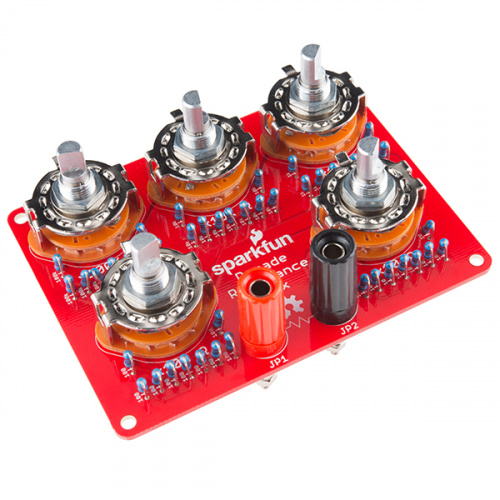 This is the SparkFun Decade Resistance Box, an involved PTH soldering kit that allows you to quickly and accurately dial in a… 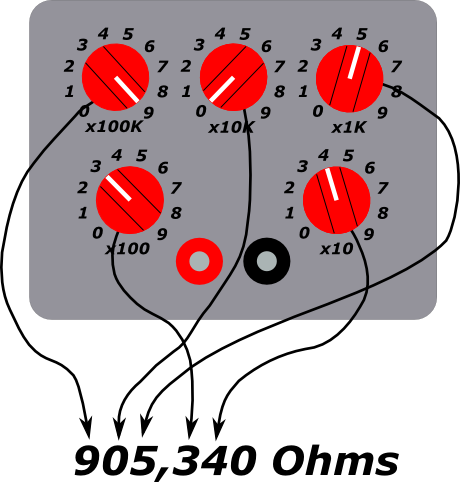 Traditional decade boxes looked like something out of Dr. Frankenstein's lab - large wooden enclosures, with engraved front panels and big Bakelite knobs. They were available in three main types - resistance, capacitance and inductance. This kit is for a decade resistance box. It allows you to quickly and accurately dial in a specific resistance value between 0 and 999,990 Ω, in 10 Ω increments..

In this hookup guide, we'll first assemble the decade box, then explore its application as a design aid and a test instrument.

The decade box can be assembled to fit in an enclosure or behind a front panel. In this tutorial, we'll build it into a cast aluminum enclosure. 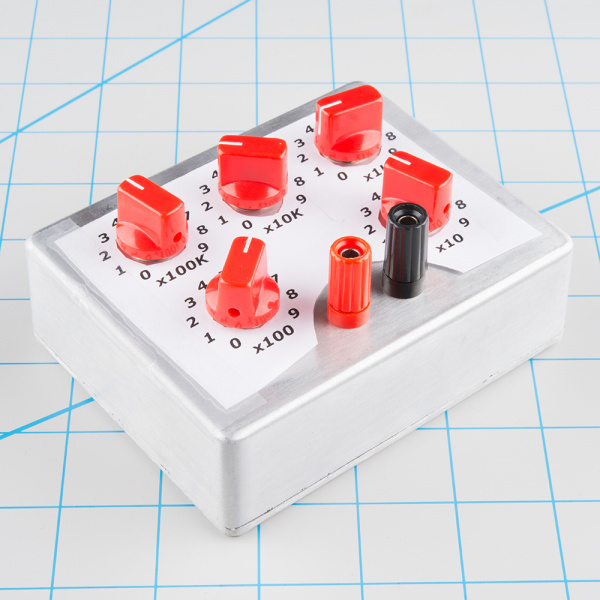 If you want to build yours into an enclosure, you'll need the following.

Connectors are a major source of confusion for people just beginning electronics. The number of different options, terms, and names of connectors can make selecting one, or finding the one you need, daunting. This article will help you get a jump on the world of connectors.
Favorited Favorite 52

Also, it is recommended to check out this tutorial on enclosure modification: