Before we get started discussing some commonly used connectors, let's explore the terminology used to describe connectors.

Gender - The gender of a connector refers to whether it plugs in or is plugged into and is typically male or female, respectively (kids, ask your parents for a more thorough explanation). Unfortunately, there are cases where a connector may be referred to as "male" when it would appear to be female; in the examples section, we'll point a few of those out as we discuss individual component types and explain why that's the case. 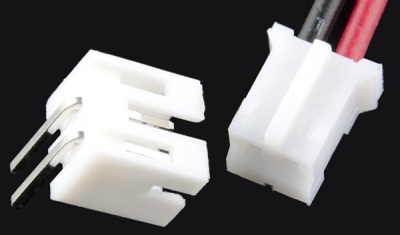 Male (left) and female 2.0mm PH series JST connectors. In this case, gender is determined by the individual conductor.

Polarity - Most connectors can only be connected in one orientation. This trait is called polarity, and connectors which have some means to prevent them being connected wrong are said to be polarized, or sometimes keyed. 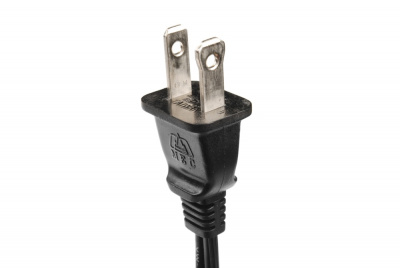 A polarized North American wall plug. By having two different widths for the plug blades, the plug will only go into the outlet one way.

Contact - Contacts are the business portion of the connector. They are the metal parts which touch each other, forming an electrical connection. This is also where problems occur: the contacts can become soiled or oxidized, or the springiness required to hold the contacts together may fade with time.

The contacts on this connector are clearly visible.

Pitch - Many connectors consist of an array of contacts in a repeated pattern. The pitch of the connector is the distance from the center of one contact to the center of the next. This is important, because there are many families of contacts which look very similar but may differ in pitch, making it difficult to know that you are purchasing the right mating connector. 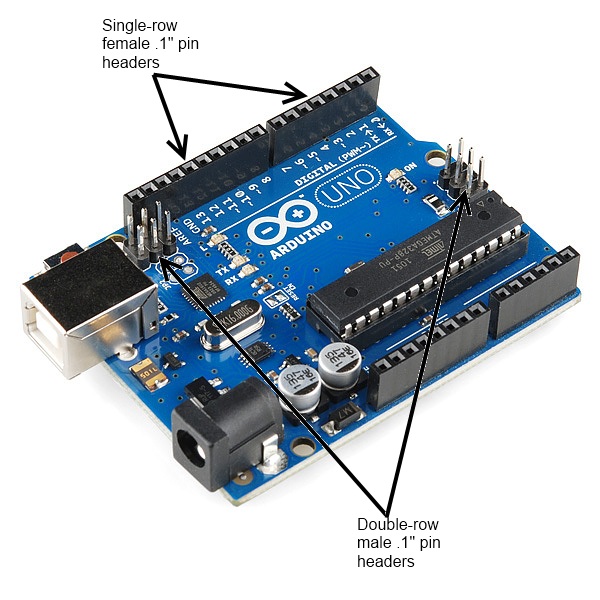 The pitch of the pins on the headers on a standard Arduino is .1".

Mating cycles - Connectors have a finite life, and connecting and disconnecting them is what wears them out. Datasheets usually present that information in terms of mating cycles, and it varies widely from one technology to another. A USB connector may have a lifetime in the thousands or tens of thousands of cycles, while a board-to-board connector designed for use inside of consumer electronics may be limited to tens of cycles. It's important that you select a connector with a suitable life for the application. 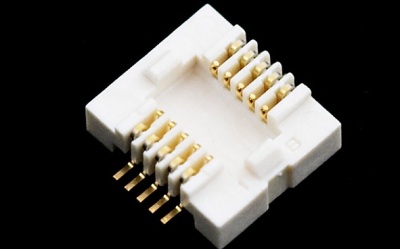 Mating connector for the GS406 GPS module. The connector's datasheet indicates a maximum of 50 insertion cycles for this part.

Mount - This one has the potential for being confusing. The term "mount" can refer to several things: how the connector is mounted in use (panel mount, free-hanging, board mount), what the angle of the connector is relative to its attachment (straight or right-angle), or how it is mechanically attached (solder tab, surface mount, through hole). We'll discuss this more in the examples section for each individual connector.

A comparison of three different methods of mounting the same barrel connector: (left to right) board mount, inline cable mount, and panel mount.

Strain relief - When a connector mounts to a board or cable, the electrical connections tend to be somewhat fragile. It is typical to provide some kind of strain relief to transfer any forces acting on that connector to a more mechanically sound object than the fragile electrical connections. Again, there will be some good examples of this later on.

This 1/8" headphone jack comes with a strain relief "boot" slid over the cable to prevent forces on the cable from being transmitted directly to the electrical joints.
Share
Use this URL to share: