WiFi is one of the most common communication protocols. You probably couldn't imagine your life without it. From the comfort of our homes to classrooms, cafés and airports, we see WiFi everywhere. The extent of WiFi's influence in our lives has been so great that now it harbors a source of good SSID puns like this! (Sometimes, mostly they're bad.) 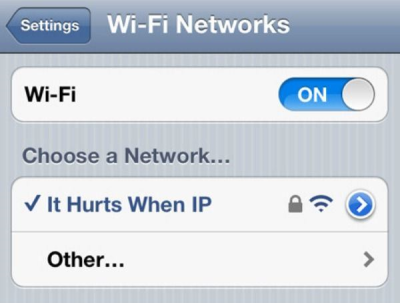 Infrastructure mode of wireless communication provides a bridge to other networks, medium access control and forwarding. The network handling functions are placed into the access point (router), and the clients can remain simple (in context of network).

Also, WiFi is a star-based network. The communication goes from wireless nodes (devices) to a wireless access point (router or network controller).

You might have also seen devices that have even older standards of 802.11a/b/g, which are now called legacy devices. However, since WiFi has downward compatibility, old devices continue to work with devices that have new standards.

The range of your device's WiFi depends on a few factors:

To address the weakness of WiFi over other low-powered technologies, an activity was started to standardize low-power WiFi (IEEE 802.11ah). The development of this protocol is being worked on, but its worldwide adaptation is doubtful. One of the main reasons is this is not backward compatible to the existing 802.11bgn networks.

Now thinking about your project, WiFi is ideal when we want to set up a quick connection between our device (should be WiFi compatible) and the internet. WiFi is designed around the goal of keeping its power consumption limited, so you can run your project on a dedicated battery as well. WiFi should be used when you do not care much about how and when exactly your device should connect and communicate with your server and all you are looking for is hassle-free connection to the internet.

SparkFun has a lot of WiFi-based development boards available for you to explore.

**Here are a few project tutorials that walk you through the development of an IoT project using WiFi as a communication protocol: **

Interface your Arduino with an ESP8266 to give it inexpensive access to your WiFi network and the Internet!
Favorited Favorite 9

Getting Started with the SparkFun Blynk Board

How to provision a Blynk Board - get it connected to Wi-Fi and Blynk, so you can start Blynking!
Favorited Favorite 10