The PWM pins are useful for controlling servos or emulating an analog voltage functionality. To get started, we have provided a built-in example for the Apollo3 core. From the file drop-down menu: File > Examples > Apollo3 > AnalogWrite. 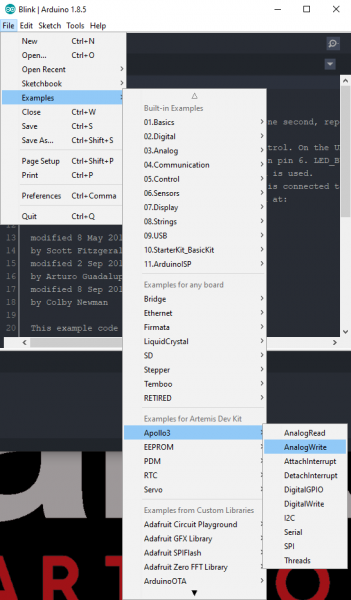 Built-in AnalogWrite example for the Apollo3 core. (Click to enlarge)

This example is very fundamental and should result in the LED dimming/fading on and off. Follow the steps for programming the associated board to see the code in action.