The I2C pins are useful connecting to peripheral devices. In this example, let's use the Qwiic OLED Display and the example code from the online tutorial. 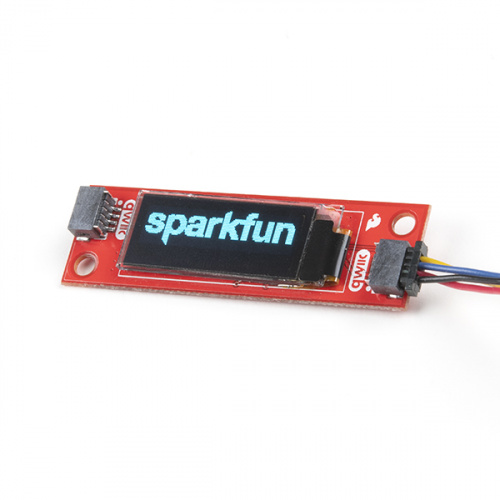 The SparkFun Qwiic OLED Display can display up to three lines of text and features 128x32 pixels in a small 0.91” (diagonal…

The hookup guide direct users through the installation of the associated Arduino libraries. Once the library is installed, follow the instructions from the online tutorial to get the example up and running.

Note: In the Apollo3 Arduin core, the Wire library (for the I2C communication) is configured to use the dedicated I2C pins attached to a board's Qwiic connector, by default.

Users should be familiar with our Qwiic system. Here is a link to our Qwiic cable kit, if necessary.

This example display various patterns across the display. Follow the steps for programming the associated board to see the code in action.

The Zio OLED display running with the example code from their online tutorial.

In order for users to understand how to adapt their code to configure the peripheral I2C ports, we have provided the following example for the Apollo3 core: File > Examples > Apollo3 > I2C. 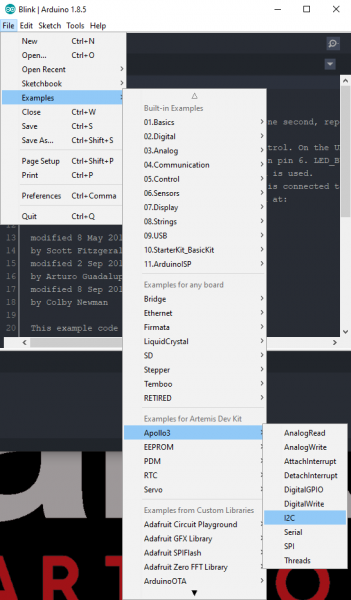