Updated Tutorial: An updated version of this tutorial for the Arduino IDE has been released. This tutorial will be retired once all the software tutorials (Arduino IDE, Mbed OS, and Ambiq SDK) for the Artemis module have been completed.

The SparkFun Artemis is an amazing module. So much functionality packed into a tiny 10x15mm footprint! But what really makes it powerful is the ability to quickly write sketches and build projects using only Arduino code. Whether you are using one of our boards that has the Artemis module pre-integrated or have your own, this tutorial will show you how to install SparkFun's Apollo3 Arduino core and get you up and blinking in less than 5 minutes! 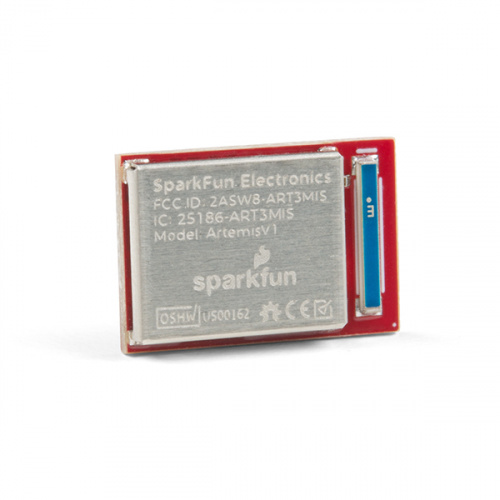 The Artemis Module from SparkFun is the first FCC certified, open-source, Cortex-M4F with BLE 5.0 running up to 96MHz and wit…

To follow along with this tutorial, you'll need one of the following Artemis carrier boards such as the RedBoard, RedBoard Nano, or RedBoard ATP and a USB C cable.

The RedBoard Artemis Nano is a miniature extremely versatile implementation of the Artemis module.

The RedBoard Artemis ATP has 48 GPIO and this board breaks out all of them in an Arduino Mega format.

Let's chat about layout and design considerations when using the Artemis module.
Favorited Favorite 4
Share
Use this URL to share: