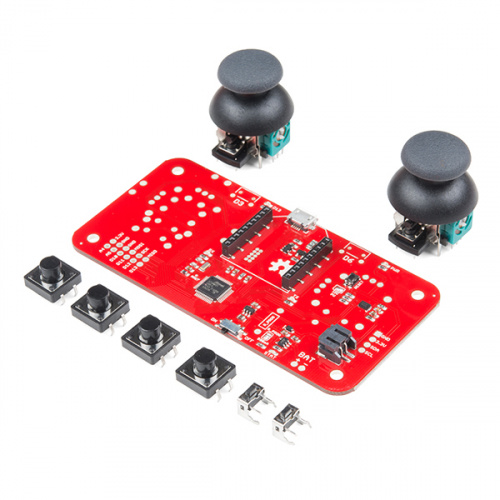 The SparkFun Wireless Joystick Kit provides an easy way to control your next XBee project. Before the wireless joystick, radi…

Before getting started, you may find the following links useful:

How to charge your LiPo batteries with the USB LiPo charger. Plus how to modify your charger to set the charge current.
Favorited Favorite 9

How to set up an XBee using your computer, the X-CTU software, and an XBee Explorer interface board.
Favorited Favorite 14

An introduction to the Atmel ATSAMD21G18 microprocessor and our Mini and Pro R3 breakout boards. Level up your Arduino-skills with the powerful ARM Cortex M0+ processor.
Favorited Favorite 6
Share
Use this URL to share: