Stress Tests in the Field

After the first build, I decide to built two more adapters! Here are some quick notes on the different builds using the initial connection diagram.

High Volume of Users and Range

One of the adapters was donated to a local dance studio called Block 1750 to make it easier for users to connect to the studio speakers. A blue, big dome pushbutton replaced the blue metal push button as shown in the image below. The autoconnect seemed to cause confusion users connecting throughout the day so I decided to disable the feature in the Arduino's code. Depending on the smartphone being used, the range varied for the Bluetooth connection. Some would work as far as the other end of the studio (about 40 feet line of sight). Other devices would work within a few feet. The BC127 seemed more reliable when it was within 4 or 5 feet away. The image below shows a user streaming music to the wireless Bluetooth adapter. 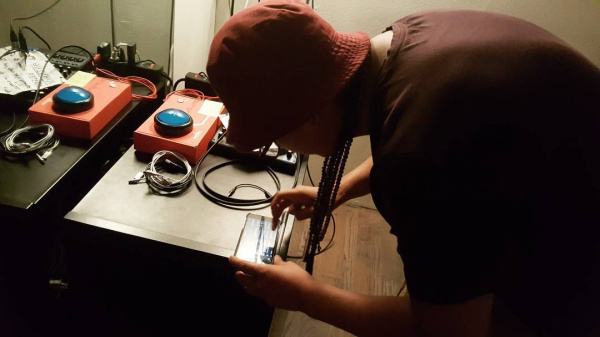 The big dome pushbutton installed on the wireless Bluetooth adapter and a user streaming music from his smartphone.

Since I also teach dance at different locations, I decided to make it a portable wireless Bluetooth adapter. In addition to the original design, a 1000mA rechargeable LiPo battery was included to make use of the BC127's LiPo charging feature. A red latching metal pushbutton was also connected between the battery and VIN so that power could be removed when not in use. I had a 5V step up converter attached to the 5V Arduino Pro Mini and solderable breadboard. With this setup, the adapter can stream music for about 3 hours before the next charge. 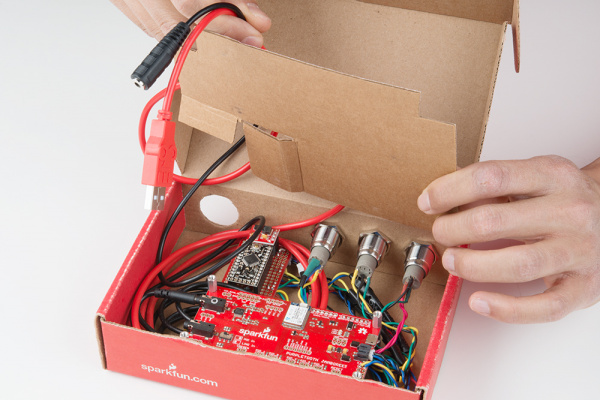 Since 2016, all three Bluetooths have been working great with amazing quality! The cardboard boxes holding the electronics have also withstood the test of time. 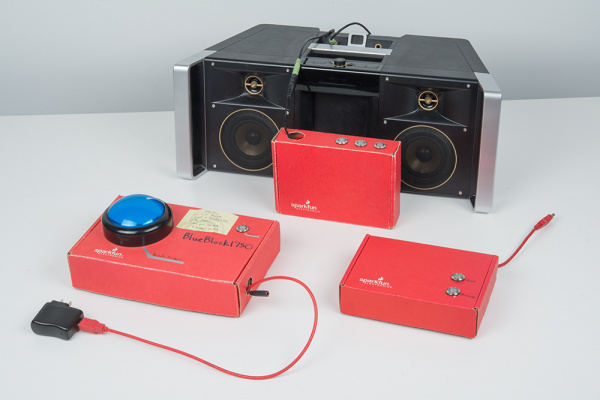