Looking to add some motion detection to a project you are working on? The SparkFun PIR Breakout - 170uA (EKMC4607112K) and SparkFun PIR Breakout - 1uA (EKMB1107112) might be just the thing! These breakouts use two versions of the EKM-series PIR sensors from Panasonic® to offer low profile motion-sensing options for both battery powered and continuously powered applications. 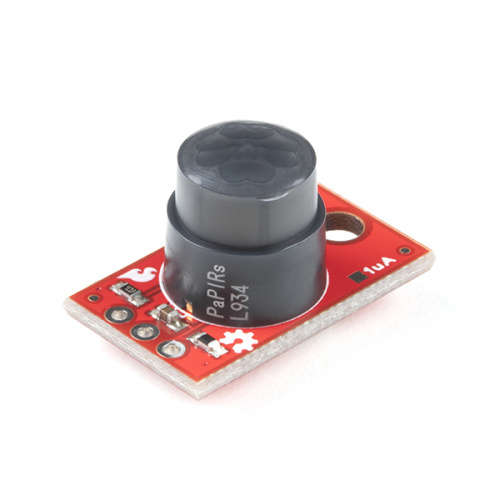 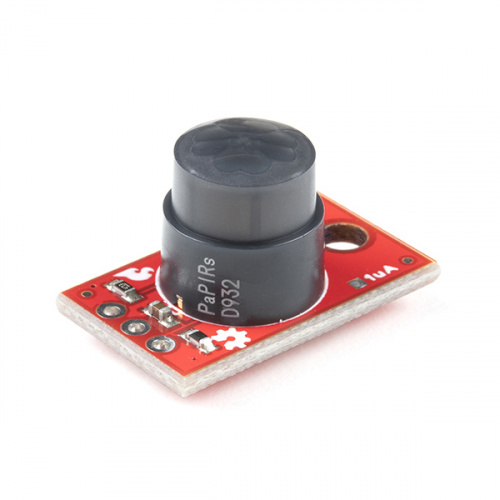 Passive Infrared (PIR) sensors do not return specific distance data like distance sensors. Instead, PIR sensors measure IR light coming from objects to detect motion in their field of view making them perfect for motion-sensing applications such as turning devices like lights, cameras, motors, etc. on automatically. The PIR sensors on these breakouts output a digital signal whenever a moving object is detected in the sensing area. That signal can be monitored by a microcontroller to trigger action on a connected device like those mentioned above.

If you would prefer to use these PIR sensors on an I2C bus, check out our Qwiic breakouts of the 170uA PIR and 1uA PIR.

In order to follow along with this tutorial you'll need a few items along with your PIR Breakout. First, you'll need a microcontroller or Single-Board Computer (SBC) like a Raspberry Pi or Jetson Nano to monitor the PIR's signal:

You also may need some wire and headers to connect your breakout to your microcontroller. Depending on your intended connections, you may want to use one or more of the following connection and wire options:

Lastly, for easier testing of the range and detection area of your PIR Breakout installation, you may want to have an LED or sound output like a buzzer to act as an indicator for when the sensor detects motion.

We recommend soldering to the PTH header on the PIR Breakouts for the best connection. If you do not have soldering tools and accessories, take a look at the following options:

PIR sensors are pretty straight-forward and a great entry point for novices with embedded electronics and sensors but if you aren't familiar with the concepts covered in the tutorials linked below, you may want to take a look through them before getting started with the SparkFun PIR Breakout:

Guide for hooking up your Raspberry Pi 4 Model B basic, desktop, or hardware starter kit together.
Favorited Favorite 2
Share
Use this URL to share: