Measure relative humidity and temperature with the RHT03 (a.k.a DHT22) low cost sensor on a single wire digital interface connected to an Arduino! 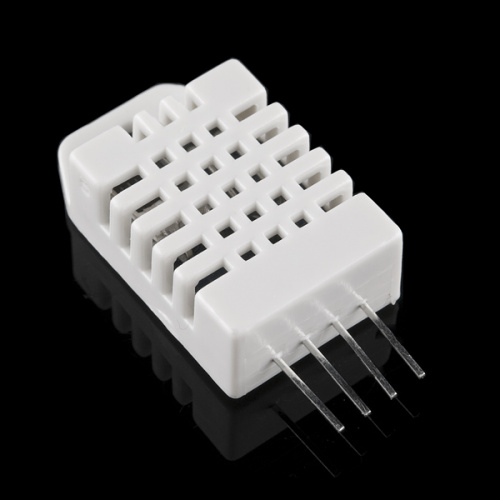 The RHT03 (also known by DHT-22) is a low cost humidity and temperature sensor with a single wire digital interface. The sens…

The pins of the RHT03 (DHT22) are labeled in the image below. 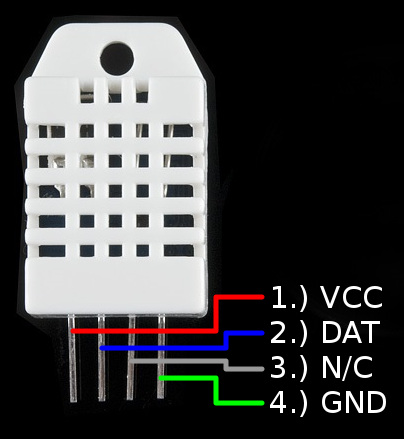 Heads up! The sensor's pins are small. For a more secure connection, you may want to think about eventually soldering this to a protoboard after prototyping.

Connect the RHT03 to your Arduino as shown below. Since we are using a 5V Arduino, we will be using 5V to power the sensor. If you are using a 3.3V Arduino, you will need to connect it to a 3.3V pin for your respective development board. 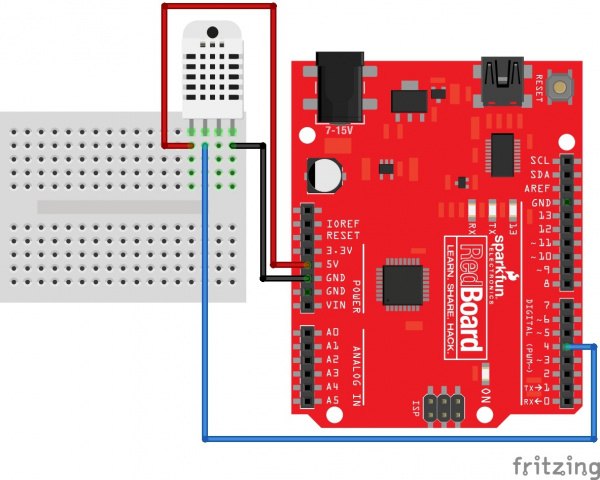 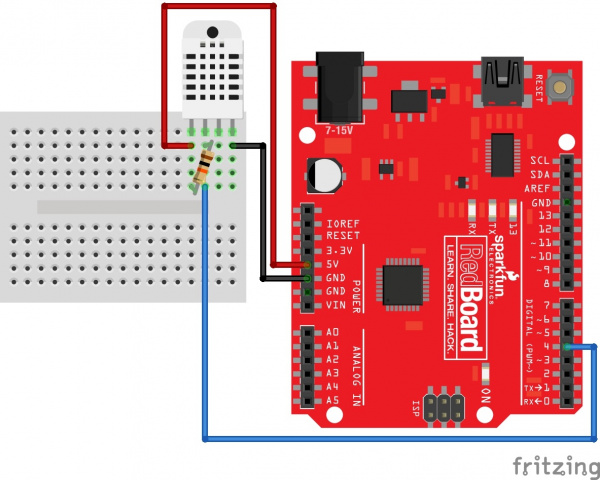 Head's Up! The Fritzing part for the RHT03 (DHT22) can be found in the Fritzing software! Simply type RHT03 in the parts search.

We’ve written an Arduino library to make reading the RHT03 a breeze. You will need to manually install the RHT03 Arduino library from the GitHub repository by downloading a *.zip. Once downloaded, click Sketch > Include Library > Add .ZIP Library... to have the Arduino IDE unzip the library into it's respective folder.

After installing the library, open the example from the Arduino IDE by clicking File > Examples > SparkFun RHT03 Arduino Library > RHT03-Example-Serial. Select the board that you are using (if you are using the RedBoard with the ATmega328P, select Arduino/Genuino Uno) and COM port that the board enumerated on and hit upload. 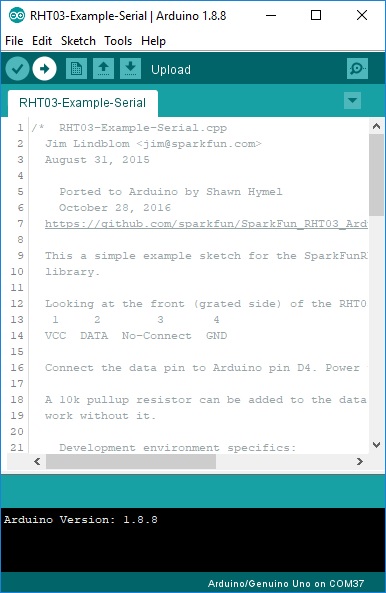 Open the serial monitor at 9600 baud to view the output. You should see the relative humidity and temperature in °F and °C. Try blowing some air at the sensor. The sensor should react to the water vapor contained in the exhaled air. 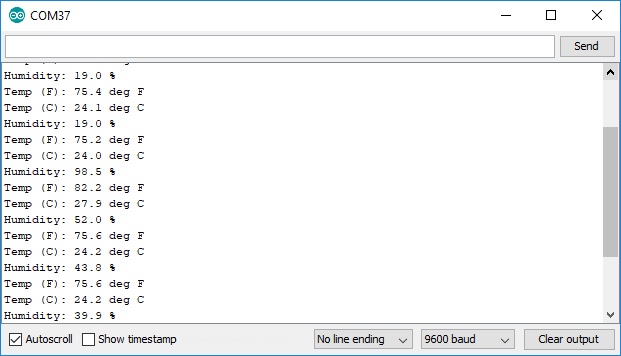 Looking for more examples? Check out the following tutorials to read the sensor with other development boards!

If you are using the ESP8266 with the RHT03 (DHT22), try checking out experiment 1 of the Internet of Things Experiment Guide to capture temperature and humidity data from a sensor and post it to our ThingSpeak channel.

If you are using the Particle Photon with the RHT03 (DHT22), try checking out experiment 6 of the SparkFun Inventor's Kit for Photon Experiment Guide to read the serial data with a photocell.

Now that you've successfully got your RHT03 up and running, it's time to incorporate it into your own project! For more information, check out the resources below:

Looking for more examples that monitor the environment? Check out the following tutorials.

Instructions on hooking up to and communicating with the Si4707 Weather Band Radio Breakout using an Arduino.
Favorited Favorite 2

The VEML6030 is a high accuracy ambient light sensor with 16-bit resolution. This I2C sensor can detect light similar to the human eye response. Start detecting light levels in your environment!
Favorited Favorite 1

A quick guide to help to create your own MicroMod weather station using the MicroMod Weather Carrier Board and Processor of your choice.
Favorited Favorite 2
Share
Use this URL to share: