Phew, that's all done. Now we can move to the directory that was earlier created when we ran west init zephyrproject and build a project.

We can now check to make sure our RED-V is connected. You should see a SEGGER device pop up when you run lsusb. If it's connected, go ahead and run west flash. Note that this may take a couple of tries, sometimes it helps to give the ol' reset button a tap or two and try again.

Once uploaded, try opening a serial terminal to connect to the RED-V. Let's use the GNU screen. If you don't have it installed yet, type the following in the command line.

There are two serial ports that the RED-V enumerates to when inserted into the USB port. Type the following command to view the serial ports connected.

Unplug and replug the RED-V to your USB port and type the command again. The messages that appear multiple times will be the RED-V. In this case, it should either be ttyACM0 or ttyACM1. 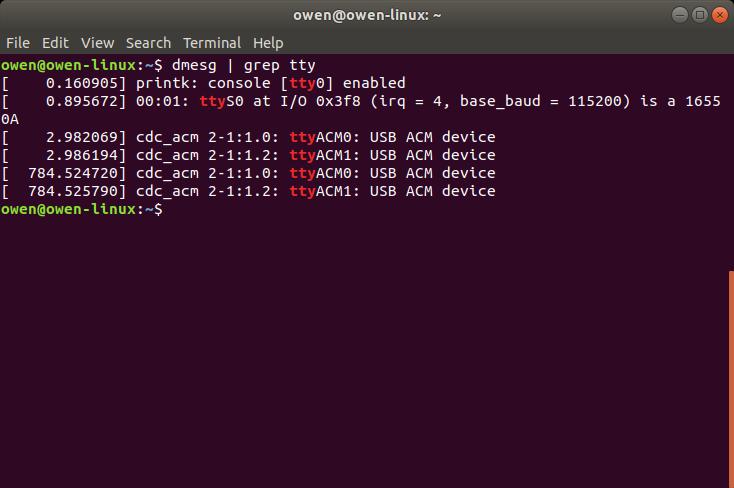 Connect to one of the ports using the following command set at 115200 baud.

Since the example code only prints the message once, we'll need to hit the reset button once on the RED-V. You should see something similar to the Hello Wold example in Freedom Studio. 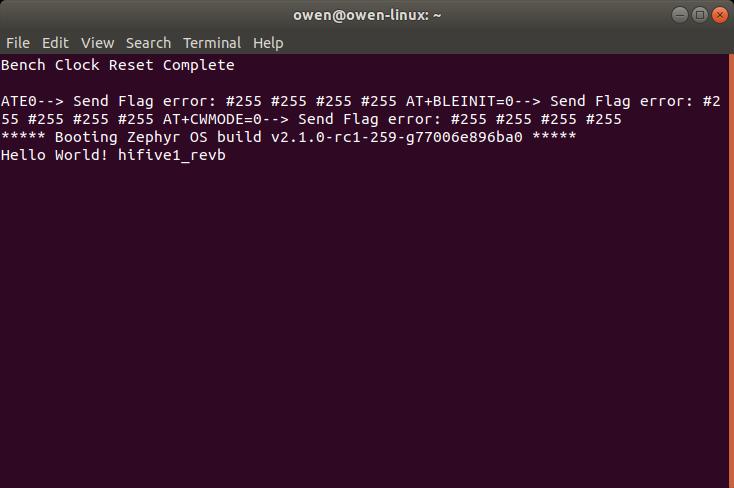 Note: If you do not see the following message, try connecting to the other serial port by adjusting the port number. Make sure to terminate the session using the following instructions listed below.

To disconnect CTRL + A and then \. You'll be asked by the application if you would like to exit. Type y and ENTER to exit the session.

If you want to build a different project, simply delete the build directory using the following command to delete the folder. Then run west build again for your other project.

For those that prefer the GUI, just head to the folder and to manually delete. 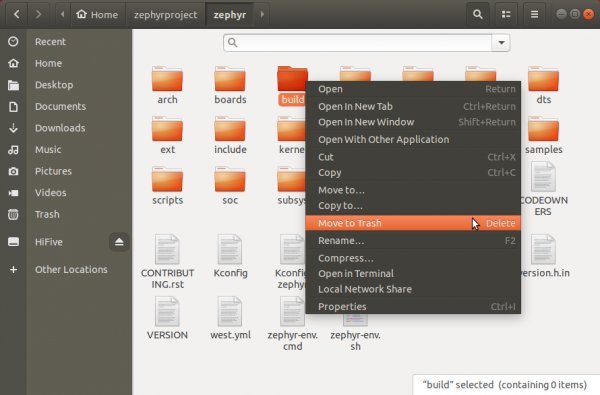 Let's try to control the build-in LED on the RED-V. Head to the blink example and modify for GPIO pin 5.

You can also navigate to the example using the GUI to open the blink example. 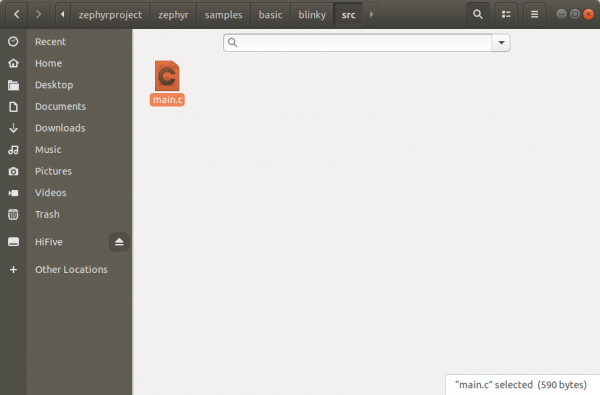 Once the modified.c file is open, change the definition for LED from DT_ALIAS_LED0_GPIOS_PIN to 5. We'll need to use the GPIO pin reference for the FE310 as opposed to the silkscreen label on the RED-V. You can also copy and paste the following into the file.

After changing, save the changes and hit CTRL+C in the terminal window. Head back to the zephyr folder to delete the build folder if you have not already. Then recompile the blink example and flash it to your RED-V board.

Check the built-in LED on the RED-V board. You should see the build-in LED blink every second!