If you're using Mac or Linux, follow the steps below to get your Pro Micro ready to go on your computer. We're not going to name names here, but installing the Qwiic Pro Micro on Mac OS X and Linux is a lot easier than on other OS's...

When you initially plug your Qwiic Pro Micro into a Mac, it'll pop up a "Keyboard Setup Assistant" window. This stems from the Qwiic Pro Micro's ability to emulate an HID USB device (e.g. keyboards and mice) -- the Mac thinks your Pro Micro is a human input device (which it could be! but isn't yet). 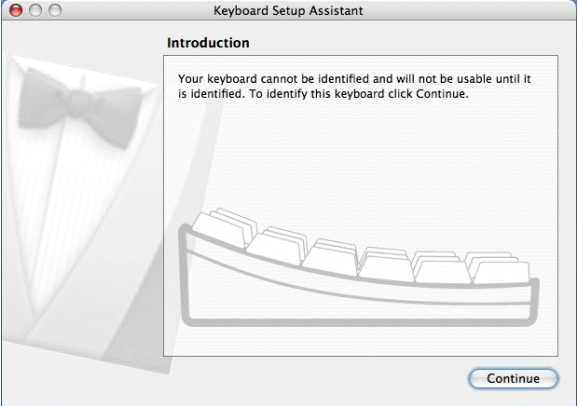 There's nothing to configure in this window, so just click the big, red, 'X' to close it.

That's all there is to it! The CDC (communication device class) portion of your Qwiic Pro Micro (the part that handles USB-to-serial conversion) should automatically install on your computer.