To lend some context to MIDI, it helps to look at what came before, and understand the problem it was intended to solve.

The earliest commercial synthesizers were large analog systems, made up of individual modules that got plugged together to configure the sound. One classic example of this sort of synth is the Moog Modular. 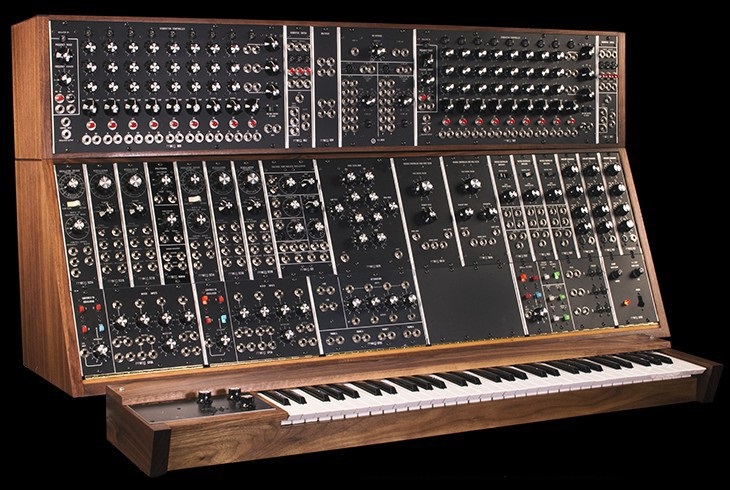 On these systems, the configuration of the patch cables, knobs, and switches determined what sort of sound was created. Even today, the configuration for a sound on a synthesizer is called a patch, though it might not involve any cables or plugs.

The voltage compatibility didn't always translate to other vendors. Each manufacturer implemented their own variant of the analog interface, tailored to their specific needs. There was little agreement as to how the interface worked. While instruments could be connected, there was no guarantee that they would respond the same way. There were simply too many permutations to allow easy communication.

In the late 1970's, Herbie Hancock was exploring the possibilities of synthesizers, and had a live rig that incorporated instruments from many different manufacturers. He wanted to be able to play any of them from a single custom keyboard. 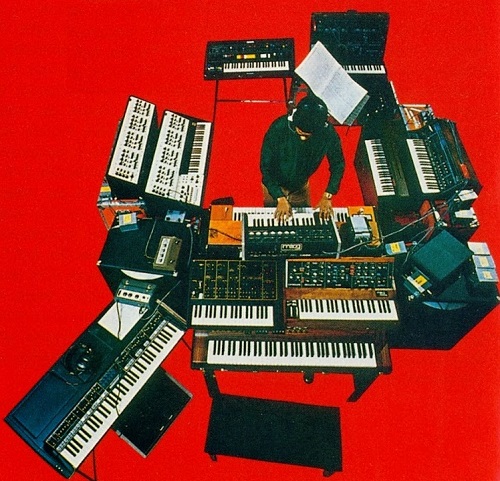 The Back Cover of Herbie Hancock's 1978 record Sunlight

Bryan Bell, Herbie's sound technician, designed and built a system to interface those synths, as well as manage storing and loading patches. It was expensive and primitive, but it proved the value of the underlying concepts.

By the end of the 70's, many synthesizers contained a digital microprocessor, controlling the analog circuitry, and implementing features such as automatic tuning, pattern generation (arpeggiation and sequencing), and sound storage. Roland introduced the short-lived Digital Control Bus (DCB) to allow interconnection of their synthesizers, and DIN-SYNC to synchronize drum machines, but neither was widely adopted.

In the early 1980's, following on the concepts of DCB and DIN-SYNC, Roland joined with manufacturers, including Sequential Circuits, and Oberheim, to co-develop a new standard for connecting synthesizers. MIDI was introduced at the 1983 NAMM trade show, where a Sequential Prophet 600 interfaced with a Roland Juno 106.

MIDI gained popularity as the personal computer caught on. It was state of the art in 1984, when the Apple II and Commodore 64 were the height of home computing. As technology raced on, digital audio has become commonplace, and MIDI has been adapted and extended several times. While most modern computers lack an actual MIDI port, USB is easy to convert to MIDI with an adapter.