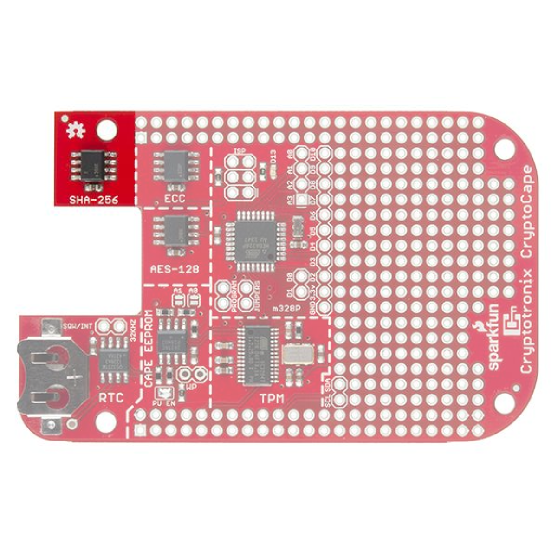 The Atmel ATSHA204 is an authentication chip that performs SHA-256 and HMAC-256. It can store up to 16 secret keys that can be used for shared-secret authentication between two devices with an ATSHA204 or between a ATSHA204 and a remote server. It also can produce random numbers with its on-chip random number generator. The ATSHA204 on the CryptoCape is the I2C version of our Breakout Board version. It's also on the Electric Imp.

This chip, like the other crypto chips, is one-time-programmable. This means that once you run certain commands on the chip, it can not be reversed. This is a security feature.

There are two options for software, you can use either Atmel's AVR library and load that to the ATmega328p, or you can use the Cryptotronix linux driver.

The linux driver, called hashlet, can be download here or cloned from GitHub. See the GitHub page for examples.