The AST-CAN485 is a miniature Arduino in the compact form factor of the Arduino Pro Mini. In addition to all the usual features it has on-board CAN and RS485 ports enabling quick and easy interfacing to a multitude of industrial devices. The CAN485 bridges the gap between the maker and industrial spaces. 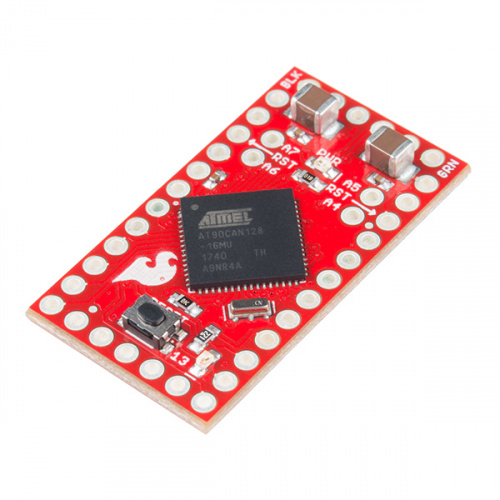 The CAN485 builds on the popular Arduino platform. It is pin-compatible with the Arduino Pro Mini, giving it a small form factor ideal for embedding in projects. It supports the Arduino IDE, the Arduino core libraries, and can be installed using the boards manager. Libraries are provided to support the CAN and RS485 ports. On-board CAN and RS485 transceivers allow for out of the box interfacing to any CAN or RS485 based network. CAN and RS485 form the backbone of many communications protocols with applications in automation, industrial systems, building management, automotive systems, OBDII, and many more.

A tutorial on all things resistors. What is a resistor, how do they behave in parallel/series, decoding the resistor color codes, and resistor applications.
Favorited Favorite 56
Share
Use this URL to share: