To understand the fundamentals of electricity, we need to begin by focusing in on atoms, one of the basic building blocks of life and matter. Atoms exist in over a hundred different forms as chemical elements like hydrogen, carbon, oxygen, and copper. Atoms of many types can combine to make molecules, which build the matter we can physically see and touch.

Even the atom isn't small enough to explain the workings of electricity. We need to dive down one more level and look in on the building blocks of atoms: protons, neutrons, and electrons.

An atom is built with a combination of three distinct particles: electrons, protons, and neutrons. Each atom has a center nucleus, where the protons and neutrons are densely packed together. Surrounding the nucleus are a group of orbiting electrons. 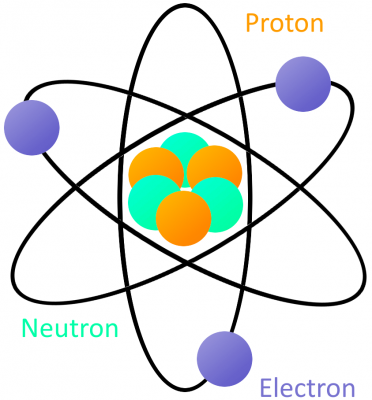 A very simple atom model. It's not to scale but helpful for understanding how an atom is built. A core nucleus of protons and neutrons is surrounded by orbiting electrons.

The proton's nucleus-partner, neutrons, serve an important purpose; they keep the protons in the nucleus and determine the isotope of an atom. They're not critical to our understanding of electricity, so let's not worry about them for this tutorial.

Electrons are critical to the workings of electricity (notice a common theme in their names?) In its most stable, balanced state, an atom will have the same number of electrons as protons. As in the Bohr atom model below, a nucleus with 29 protons (making it a copper atom) is surrounded by an equal number of electrons. 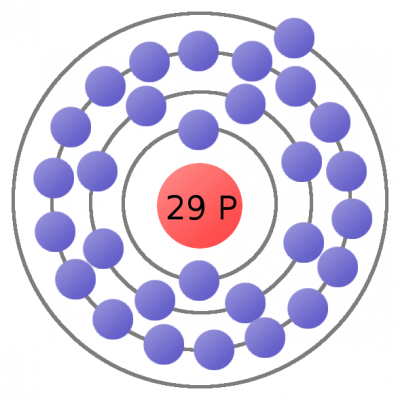 As our understanding of atoms has evolved, so too has our method for modeling them. The Bohr model is a very useful atom model as we explore electricity.