The Qwiic Tsunami is a unique product, in that two different Arduino libraries are available to control the board. For more information on how to install an Arduino library in the Arduino IDE, check out our tutorial below.

As with the original Tsunami, the Qwiic Tsunami can also be controlled from the serial connection with the Tsunami Arduino serial library. For more details on how to utilize this library, please refer to the Tsunami user guide and tutorial, which are available on the Robertsonics website.

Unlike the original Tsunami, the Qwiic Tsunami now has a Qwiic connector; and therefore, the board can be controlled with I2C, through the Qwiic connect system, using the SparkFun Tsunami Qwiic Arduino library. 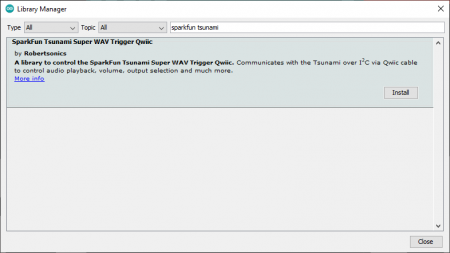 Users can install this library through the Arduino Library Manager. Search for SparkFun Tsunami Qwiic Arduino Library and you should be able to install the latest version. Users who prefer manually downloading the libraries from the GitHub repository, can download it here:

Note: If users experience problems with the audio output to their headphones, there are different headphone connector standards that might be the issue. If that is the case, users only need to swap the connection from SLEEVE pin on TRRS 3.5mm breakout board to the RING2 pin. 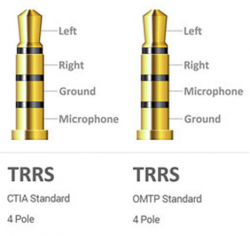 Once you've got the Qwiic version of the library installed, open the Example 01 PlayFile sketch. You can find it under

Then load it onto your RedBoard Plus or Uno. Open your favorite Serial Terminal to see the debug output and trigger the board to reset. 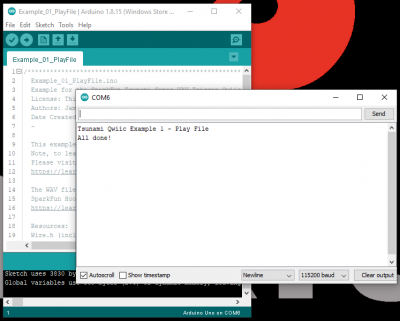 Feel free to try other examples as well to get a better understanding of the library operation.