Now that we're familiar with the KX13x and the other hardware present on the KX13x Breakouts we can start assembling our circuit. Depending on your preferred use of the accelerometer, you'll want to connect either using I2C using the Qwiic connector (or the PTH header) or via SPI using the PTH header on the board. 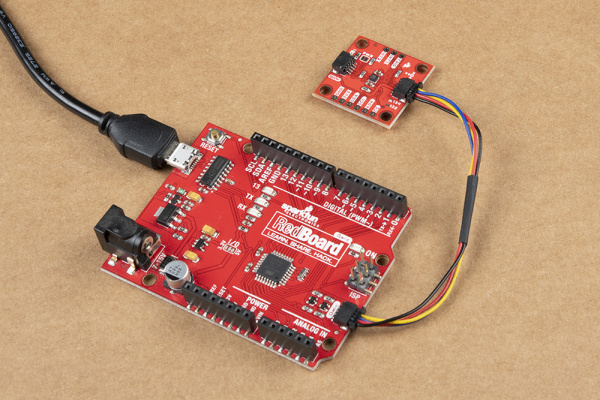 If you would prefer a more secure and permanent connection, you can solder headers or wire to the PTH header on the board. This method is recommended for permanent installations as well as high-g and vibration sensing applications.

Along with tools for soldering, you'll need either some hookup wire or headers and jumper wires. Also, the Address (ADR) Jumper must be opened by severing the trace between the "Center" and "Left" pads to switch to SPI mode. After opening this jumper, connect the SDO pin to your controller's SDI/COPI pin. 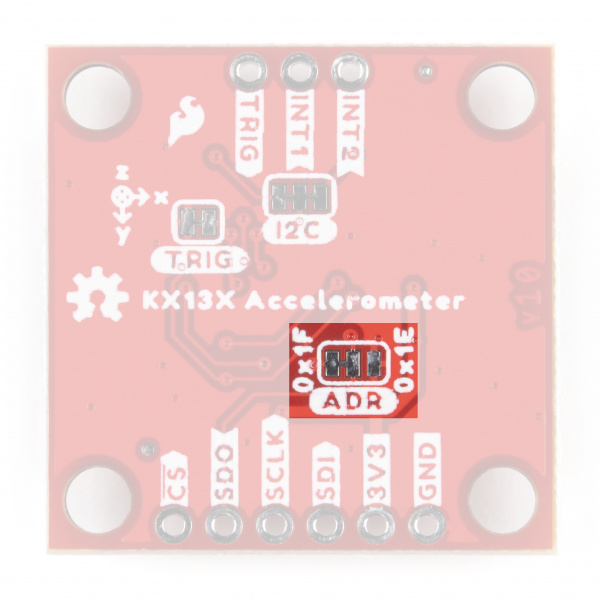 With the KX13x Breakout set to SPI mode, solder headers or wire to the PTH header on the board and make the SPI connections with your controller. Remember the KX13x operates at 3.3V logic so make sure to connect to a board running at the same logic level or use a level shifter to adjust it to a safe voltage.