How Does an Analog Thumb Joystick Work?

Imagine a volume control or other knob. These controls are generally made from potentiometers, which are variable resistors. By connecting the potentiometer as a voltage divider, you can get a varying voltage out of the device, which can be fed to an analog to digital converter on a microprocessor. This allows the software to read the knob position.

This joystick contains two potentiometers, connected with a gymbal mechanism that separates the "horizontal" and "vertical" movements. (If the joystick is flat on a table, these movements are more "front / back" and "left / right", but you get the idea.) The potentiometers are the two green/black boxes on the sides of the joystick. If you move the joystick while watching the center shaft of each potentiometer, you'll see that each of the potentiometers pick up movement in only one direction. Clever, isn't it! 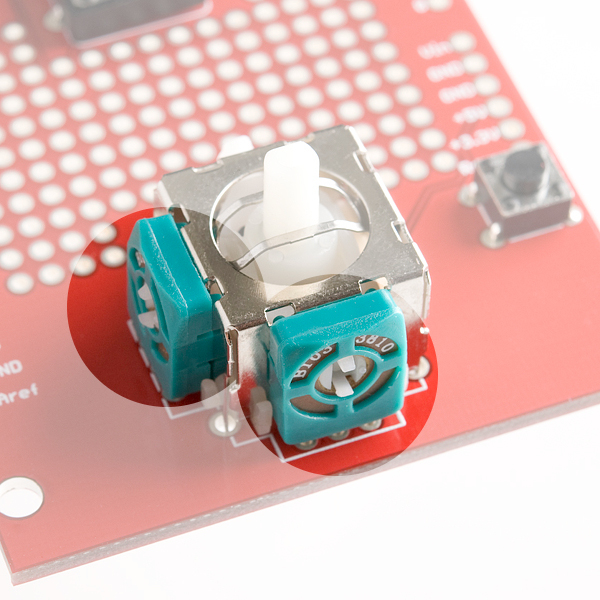 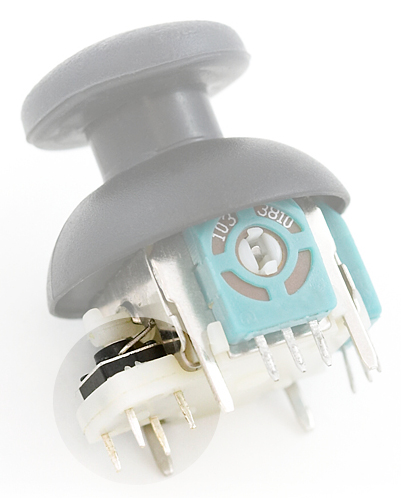