The gator:environment consists of 4 pads for power and data. 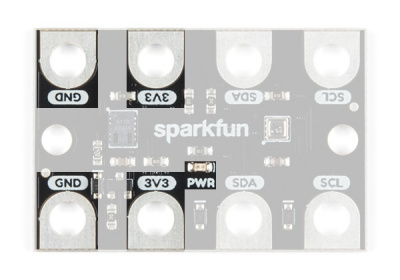 On average, both sensors will consume about 5 mA of current, with a maximum of 13 mA.

The BME280 is a combined digital humidity, pressure, and temperature sensor that communicates over an I2C bus. For the most part, users will only need to know I2C addresses to prevent address conflicts with other devices or sensors. 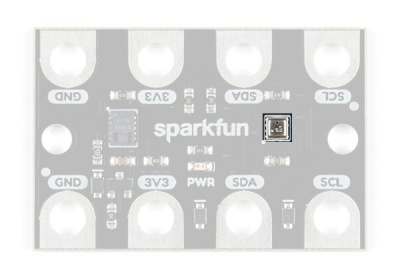 Here are some of the characteristics of the BME280 sensor from the datasheet:

Humidity is a measurement of the amount of water vapor in the air. A simple demonstration of humidity is when you breathe on a cold piece of glass, the water vapor from your breath condenses into beads of liquid water. The humidity measurement from the BME280 is reported in terms of relative humidity. Humidity is often associated with various topics in science. For example:

1. Note: Sometimes the thermal affects on a system are negligible and therefore, ignored to simplify the model or experiment.↩

The BME280 measures pressure, specifically atmospheric or barometric pressure. Pressure is usually described as the perpendicular force applied to the surface of an object per unit area; in fluid mechanics, it is also referred to as the compressive stress at a particular point. The BME280 reports pressure units in Pascals. Pressure measurements are useful in a variety of applications:

The CCS811 is a digital metal oxide (MOX) gas sensor that detects wide range of Volatile Organic Compounds (VOCs). With an integrated microcontroller that implements special algorithms to process the raw measurements, the CCS811 outputs the equivalent total VOC (eTVOC) and equivalent CO2 (eCO2) values over an I2C connection. For the most part users will only need to know I2C addresses to prevent address conflicts with other devices or sensors. 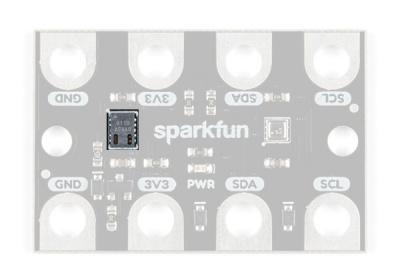 Here are some of the characteristics of the CCS811 sensor from the datasheet:

MOX sensors are a great method for volatile organic compound (VOC) detection. VOCs are organic chemicals, usually with a high vapor pressure or high volatity, due to their low boiling point at room temperature. For indoor air quality (IAQ), these compounds are often attributed to health effects from mild irritation in brief exposures to more serious health risks with compounding long-term exposure.

Here is a list of VOCs detected by the CCS811:

For more information about VOC and their effects on IAQ, check out these resources.

Here are some ideas for experiments involving VOCs:

Note: Unfortunately, the standards associating specific chemical compounds and their health effects are wide and varied. Additionally, the number of VOCs are so numerous that it is impossible for a single sensor to detect each compound. Most sensors, like the CCS811, target specific VOCs and then use algorithms to estimate an equivalent total volatile organic compound (eTVOC) values. This sensor is valuable in providing information for the presence of contaminants in indoor air, but it is trend data and not recommended for exact measurements of VOCs.

Equivalent CO2: What is Carbon Dioxide?

Carbon Dioxide (CO2) is a trace gas in Earth's atmosphere and it is a naturally occurring due to its solubility and dissolution in water. CO2 is also a common byproduct of combustion, aerobic, and decomposition reactions. It is highly versatile and extensively used in multiple industrial applications.

A common topic about CO2 is its growing abundance in Earth's atmosphere and the affect that has on climate change, as a greenhouse gas. The Scripps Institution of Oceanography at UC San Diego, has maintained continuous measurements of the accumulation of atmospheric carbon dioxide since 1958. A graph based on those measurements, taken from the Mauna Loa Observatory in Hawaii, is referred to as the Kneeling curve (named after Charles David Keeling). 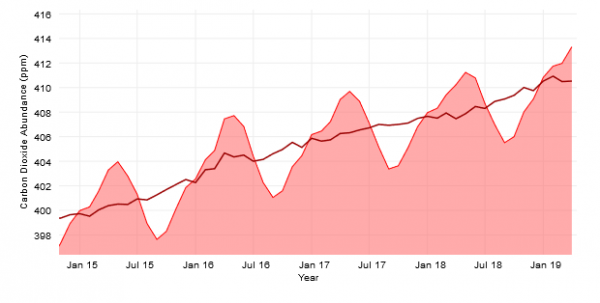 Here are resources to some simple experiments involving carbon dioxide:

For more information on carbon dioxide concentration levels in the atmosphere, check out these resources:

Note: Unfortunately, CO2 isn't a VOC and MOX type of sensors can't directly measure CO2, despite being great at VOC detection. However, in an indoor setting, humans are a primary source of VOCs through the process of breathing. The equivalent CO2 (eCO2) values are then estimated based on algorithms that are used to analyze the sensor data to determine the TVOC attributed by the presence of humans. This type of sensor should not be used in applications that directly requires the measurement of CO2; it is an inferred value.

I2C is a communication protocol used to transfer data between master and slave devices. It is a 2-wire connection consisting of SDA (data) and SCL (clock). The protocol is pretty well defined so it can be shared with multiple devices. This is beneficial for daisy chaining multiple devices together on a single bus. The primary thing users will need to watch out for is address conflicts (you can't have devices with the same address). 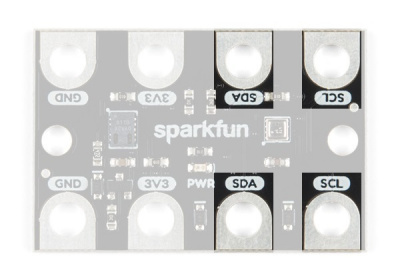