The Raspberry Pi is a cross between a typical embedded system -- like an Arduino -- and a desktop computer. The Pi packs a 700MHz ARM11 Core with 512MB of RAM, HDMI and audio outputs, 2 USB ports, an Ethernet jack, and an SD socket with support for up to a 32GB SD card. In the eyes of some, it's one of the more powerful, cost-effective embedded boards to hit the market. To others, it's one of the most compact, bare-bones personal computers ever to grace the electronics world with it's presence. In either case, it's here to blur the line between the world of embedded electronics and personal computing. 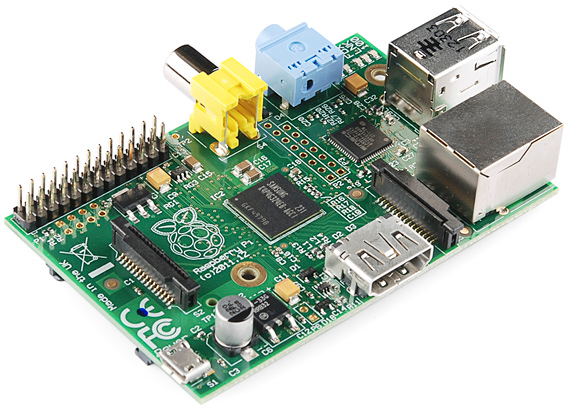 The Raspberry Pi is a great platform on which to learn Linux and programming. It's also a powerful solution for many "Internet-of-Things" projects out there, because it's so easy to get connected to the Internet. It can run Python scripts, or even compile programs written in C. It's a full-blown computer!

And, of course, it can be used to play games. 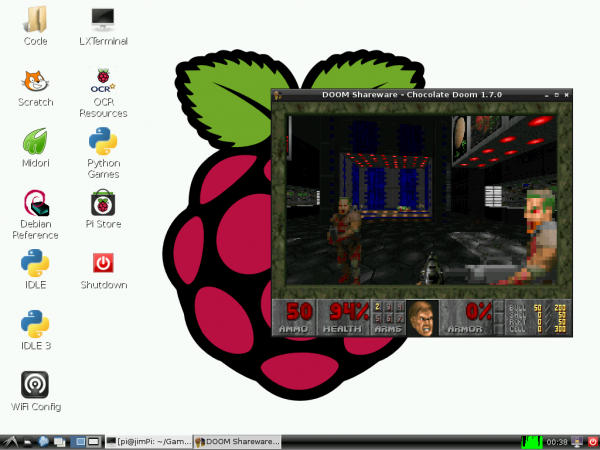 Chocolate Doom running on the Pi.

Finally, and most importantly, we'll show you how to set up and run Chocolate Doom, a Doom source port that runs beautifully on the little Pi. Mmmm chocolate pie.

To follow along with this tutorial, you'll need the following materials: 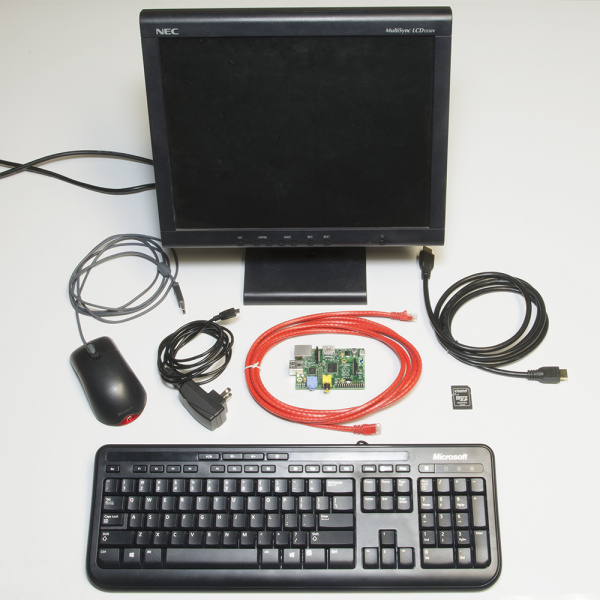 This tutorial aims to be as Raspberry Pi beginnger-friendly as possible. No previous knowledge of electronics is required. Feel free to jump right in on the next page. If you want to learn a little bit about what's going on behind the scenes, here are some beginner tutorials we recommend reading: