Let's look over a few characteristics of the TCA9548A so we know a bit more about how it behaves.

Original Release:The Qwiic input for the Mux is located at the top-center of the board, labeled Main, highlighted in the image below. The outputs are then located on the left and right sides of the board and are numbered accordingly. 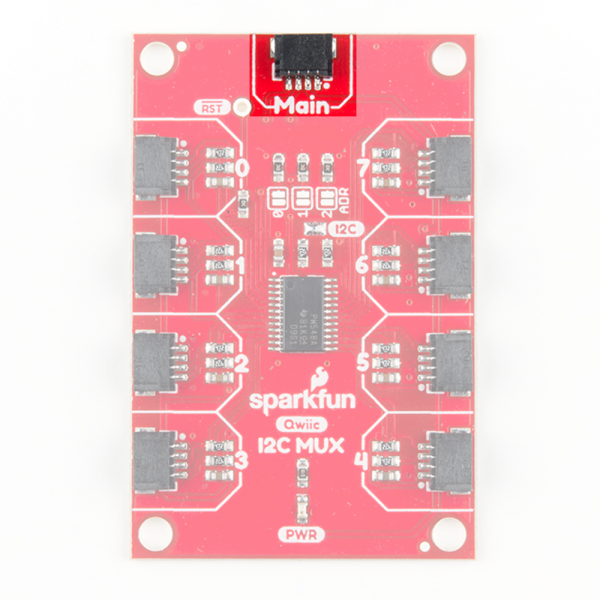 Revision Update: There are two Main connectors on the revision to provide a pass through for the I2C bus connection. This allow the board to be daisy chained in between other Qwiic boards. 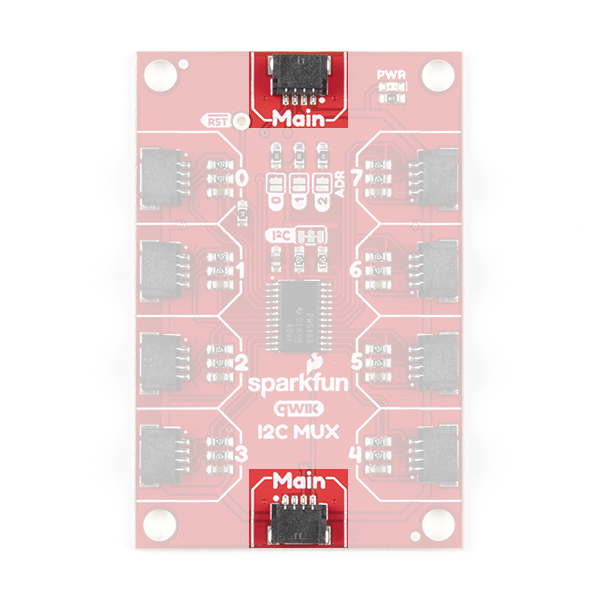 The onboard reset pin, highlighted below, is an active low input. Pulling reset low for at least 6 ns will restart the multiplexer. 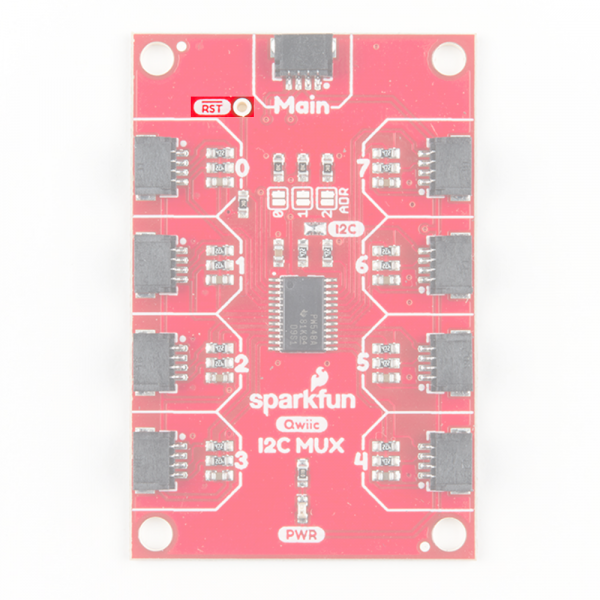 The Qwiic Mux also allows you to change the last 3 bits of the address byte, allowing for 8 jumper selectable addresses if you happen to need to put more than one Mux on the same I2C port. The address can be changed by adding solder to any of the three ADR jumpers, shown in the image below. 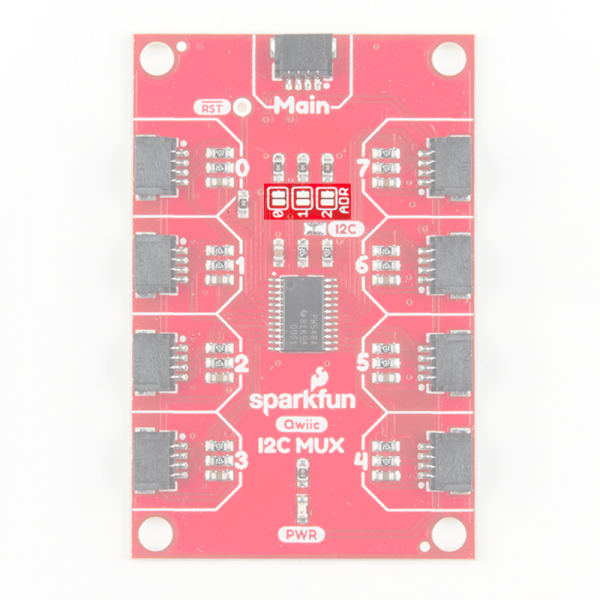 The below table shows which jumpers must be soldered together to change to the corresponding address.

Original Release:If you want to remove the pullup resistors from the I2C bus, simply remove the solder from the jumper highlighted in the below image. 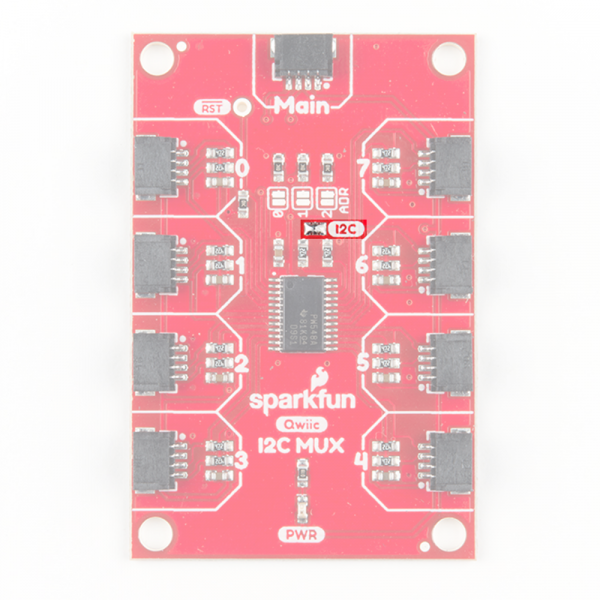 Revision Update: If you want to remove the pullup resistors from the I2C bus, simply cut the jumper pad with a hobby knife. Be careful of the 3.3V trace above the jumper pad. Cutting the trace probably won't destroy the board, as the trace also circles around through the Qwiic connector on the bottom. However, it will leave the trace exposed at the cut. 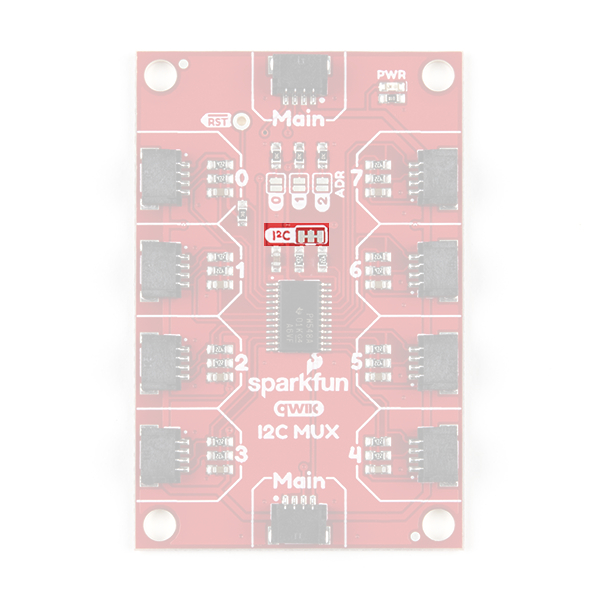