Stress Testing In the Field

Before the rehearsals and performances, I tested the harnesses out under the fabric using a benchtop power supply for about 60 minutes. I then tested it in a studio with the choreography using 9V batteries. 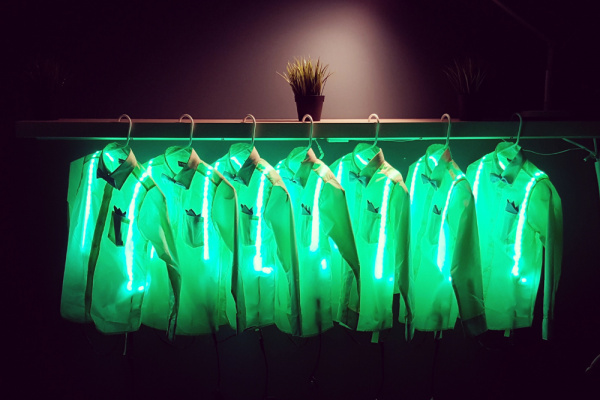 When the time came, my students were excited to test it out for the dress rehearsal. This was a good time to explain how to tie the harness, put on the shirt, and power the LEDs with the barrel jack underneath the button up. 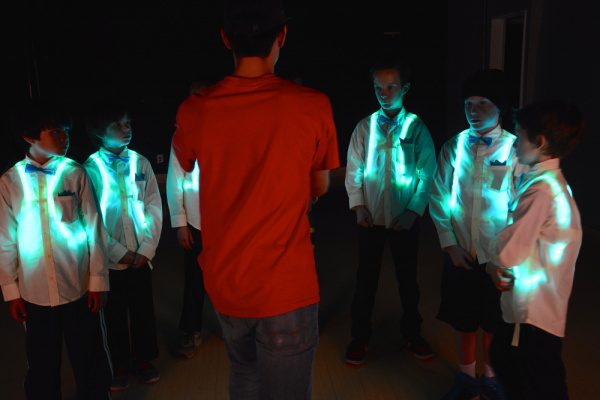 The LED harnesses lasted throughout the dress rehearsal even though they were upside down, side ways, or moving across the floor. There did not appear to be any damage to the circuit. After about an hour, the 9V battery still had power for the show!

When it came time for the show, I had my handy multimeter, scissors, electrical tape, and backup 9V batteries just in case I needed to troubleshoot. However, everything seemed fine. Here's a picture of them backstage right before going on. 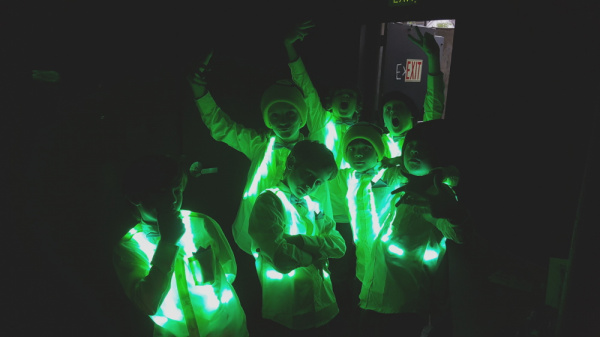 In the end, the performance (which lasted ~1:30-2:00 minutes) ran smoothly without the LED harnesses "breaking" on my bboys. Whew, that was a lot of work!