For those users looking for a large display of the signal level, we offer the the MyoWare LED Shield. 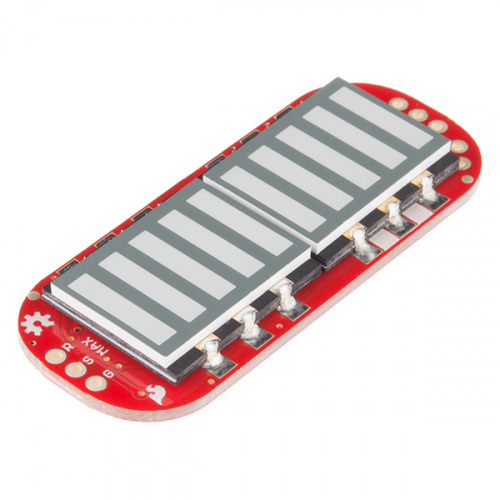 The MyoWare LED Shield is designed to pair with the [MyoWare Muscle Sensor](https://www.sparkfun.com/products/13723). The blu…

The LED shield provides a large 10-segment bar graph corresponding to the level of the muscle signal measured. This shield is likely to be the top board in a stack. Solder on some 1x3 male headers, and plug it into the sensor board. The power is supplied on the LED shield, but controlled by the power switch on the sensor. Once the stack is assembled, snap on some electrodes, and stick the sensor on the target muscle. 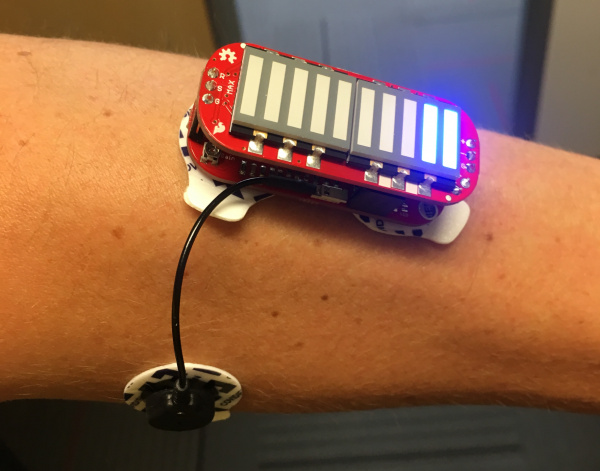 MyoWare LED Shield on an arm

The more muscle activation measured, the higher up the board the lit LEDs will go. In the image above, the two segments near the 'MIN' label are lit, and, if the voltage measured were to increase, the segments to the left would begin to light until the last one labeled 'MAX' is reached. The LEDs are bright enough to be seen in full light, but really glow nice in low light. 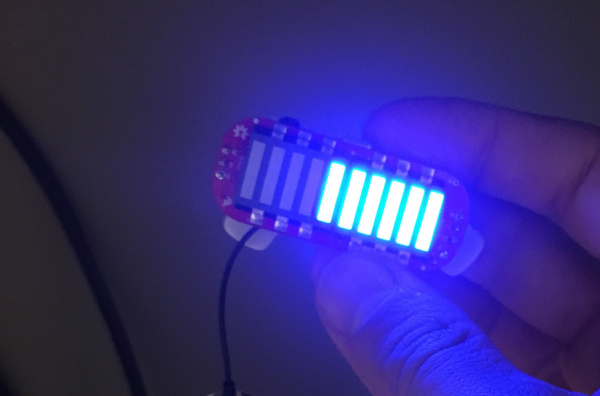