The designers of the MetaWatch made it super-easy to open it up. All you'll need is a small 1.4mm flat-head screwdriver, and an equally small #0-or-so Phillips-head. These screwdrivers should be present in most screwdriver sets. The first set of screws -- flatheads -- are on the four corners of the back of the watch.

Loosening those screws, and removing the back reveals the watch's power source: a 20mm 3.7V Li-Ion coin cell battery (a smaller version of this). The other big, visible, circular component is a vibration motor. You can also see four spring connectors for the JTAG interface. 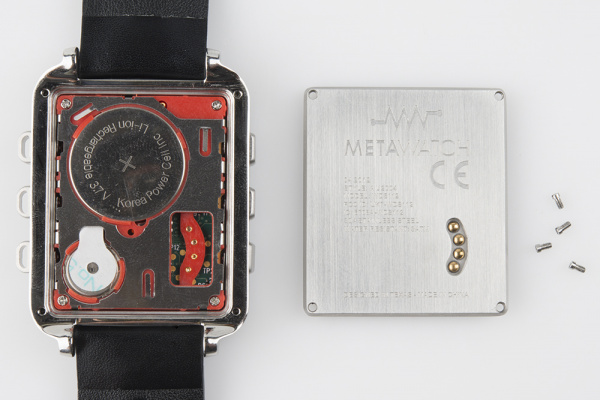 The guts of the watch are tied to the watch frame by four small Phillips screws. Loosening those screws allows you to (gently) remove the entire LCD/PCB assembly from the frame (you may have to pry it up with the flathead): 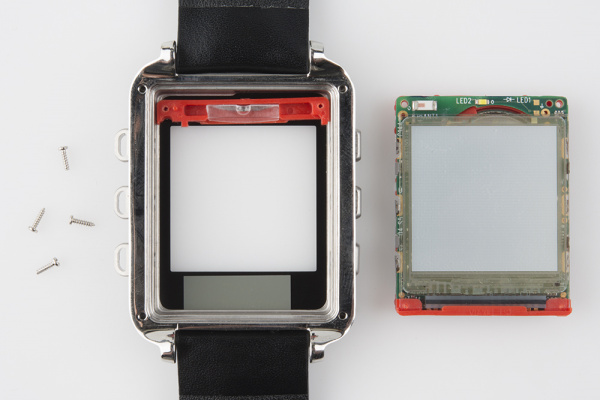 The MetaWatch's LCD is a 96x96 pixel, reflective, always-on display. We didn't get a picture of the back, but the part number is printed there. It's a Sharp LS013B4DN01. Looks like it's got a simple SPI-like interface. Neat! 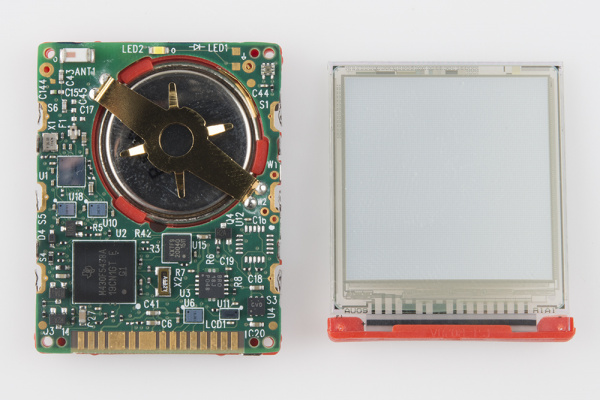 You can gently lift the display off the main PCB. The display and PCB are connected together using a zebra connector, so they just have to be lined up and pressed together to interface. The PCB is very thin -- 0.6mm. 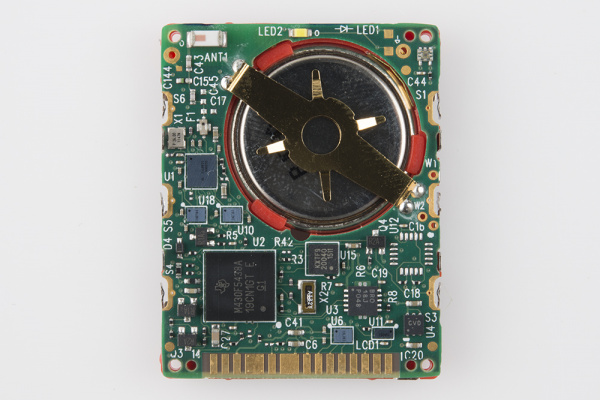 The main processor is the BGA-packaged version of the MSP430F5438A. Ultra-low power, 256KB flash, 16KB RAM, 87 I/O. Sweet chip! Low power too. The small chip labeled KXTF9 to the right of the MSP430 is a Kionix accelerometer. The blue-ish, reflective chip above the MSP430 is a CC2560 Bluetooth controller. Those are the most heavy-lifting ICs on the watch. There's also a chip antenna (top-left), backlight LED (top-middle), and light sensor (top-right). We also notice an unpopulated IC package -- intriging.

Let's flip it over: 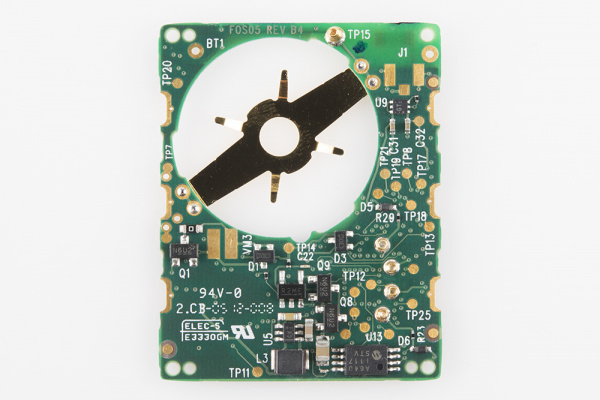 Looks like most of the interesting stuff was on the top side. On the back, there's what looks like a Microchip Serial EEPROM, maybe some voltage regulator circuitry, and a wealth of test points. Meh.

And that's about it. The watch is really easy to take apart, and put back together (and it still works!). It seems very hackable, and it shows off a few chips which may be useful for other projects. 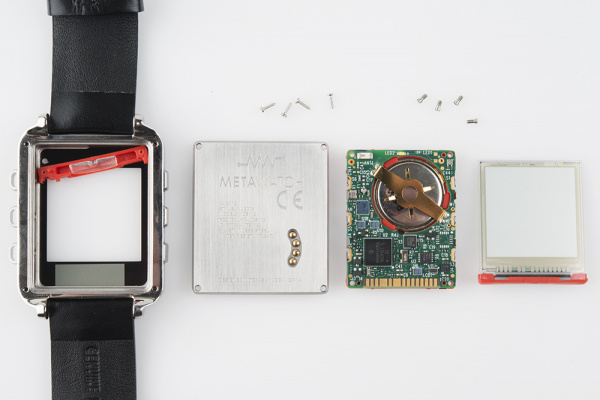 Next we'll have a look at controlling the watch via Bluetooth, using its published API.