There are three options for power on the product: USB-C, Lithium Ion Battery, or Input. You can provide power in the range from 3.3V-6V. 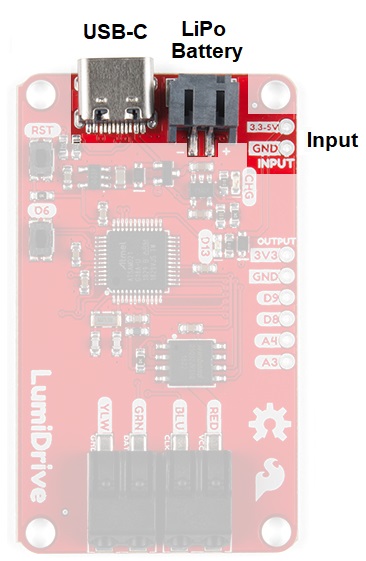 USB-C, aside from being reversible which is already awesome, has the capability of supplying more power than its predecessor. I was able to pull 2 AMPs from my computer on a 3.1 USB plug. Be cautious - I did this so that you don't have to! Every computer is different and I strongly advise that you don't do something so rash unless you are absolutely confident. Also keep in mind that different USB ports (2.0, 3.0, and 3.1) supply different levels of power. 3.1 is easy to identify because it has a blue tongue when you look into the port.

We have many options in our catalog that will suit your various portable power needs. LumiDrive also comes with a charging circuit so you can charge your LiPo battery. 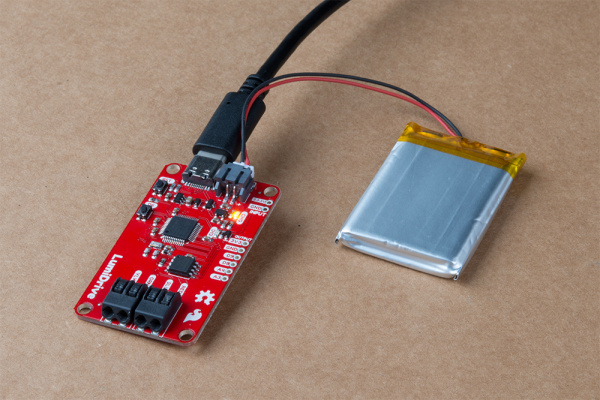 Last but not least is a 2 pin header labeled INPUT where you can supply your own power.

The table below lists the current draw for a strand of 55 LEDs at full white at half and full brightness. I've also included current draw for the various included functions at varying LED amounts and brightness to help you make more educated decisions when purchasing or using your LEDs.

Please Note: The chart below was written for APA102 1m LED strip with the 5050 LEDs - if you are using any of the APA102 line with 2020s we do not recommend running at full brightness. We've found that setting the global brightness to 32 is good for testing; turning the brightness up all the way and leaving all LED's on white will result in damage to your LEDs!

There are four input/output pins broken out to the side of the product. There are two digital pins and two analog pins. These can be used to interact with your LED strand (or not) by attaching buttons, switches, light sensors, etc. 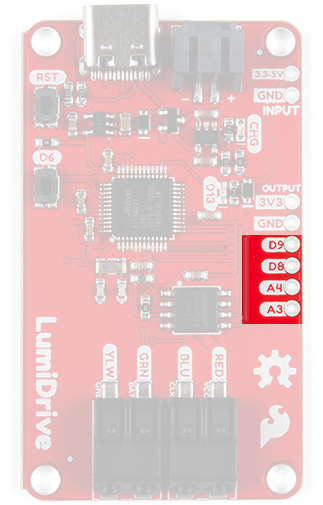 There are two buttons on the product. The top button is a reset button which will reset the board on press. The second is a button attached to digital pin D6. You can use this in place of attaching a button to the board. 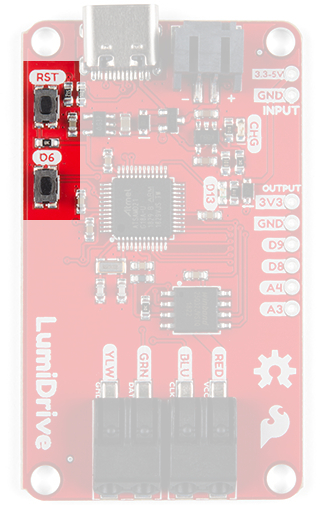 There are two LEDs on board. The top LED in the picture is a yellow charge LED that indicates that a LiPo battery is being charged. The second is a blue stat LED attached to pin D13. 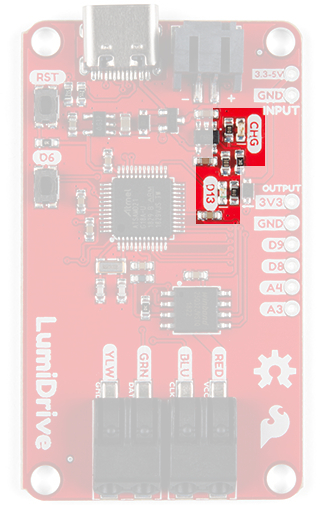 There are two Poke-home connectors at the bottom of the product. 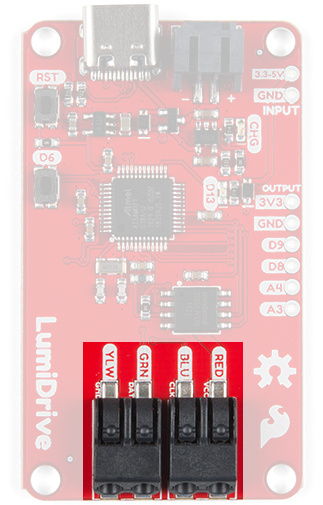 They are versatile and rather robust and allow you to plug in wire without the need for solder. They're labeled with the color of wire that is used in the strands of APA102 LEDs that we sell here at SparkFun but are not limited to just those. Just below that silk you'll notice the function of those lines are labeled as in the following chart.