The Raspberry Pi is a great single board computer, but like most computers, its functions rely mostly on human input. That means whenever you start up (or boot) your computer, it waits for your input to run programs. That's great, but how do we get our programs to run automatically whenever the computer boots?

Linux is a fairly complex operating system, and as such, there are often multiple ways to perform any one action. To get a program to run on boot, we will cover several ways. To show some example programs, we will blink an LED and turn the Raspberry Pi into a clock. 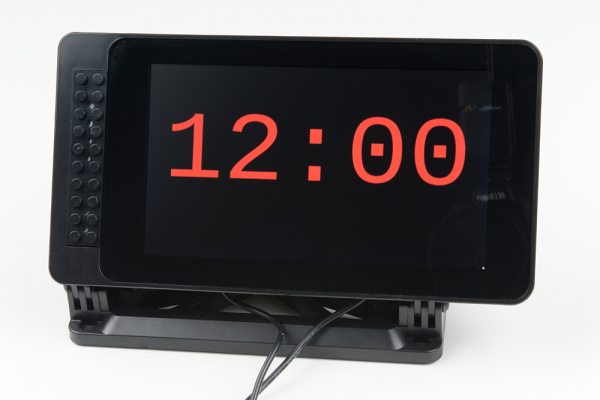 While using the Raspberry Pi as a clock might seem like overkill, feel free to substitute your own program or script instead. You are also welcome to use the example code as the basis for your own dashboard (e.g. show the local forecast when you wake up, your personal server uptime, number of days left until your favorite show, etc.) or electronics project.

Before adding your program to any startup script, it's extremely important that you test it first on its own! Run it with just the python command to make sure there are no problems with your program. It's much harder to track down bugs in your code when it runs as part of the boot process.

The three methods covered in this tutorial are:

At a bare minimum, you will need a Raspberry Pi, SD card, and power supply for this tutorial. If you plan to make a dashboard (or clock, as given by the example code in the next section), you will need a monitor and keyboard for your Pi. If you would like a full desktop setup, we recommend the following:

Tkinter is the standard graphical user interface package that comes with Python. This tutorial will show you how to create basic windowed applications as well as complete full-screen dashboard examples complete with live graph updates from matplotlib.
Favorited Favorite 24
Please note: If you have trouble seeing any of the images throughout this tutorial, feel free to click on it to get a better look!