The SparkFun DeadOn RTC Breakout is a simple breakout board for the DS3234 real-time clock (RTC) IC. The DS3234 can accurately keep track of seconds, minutes, hours, days, months, and years, so your microcontroller doesn't have to. It even features a pair of configurable alarms. The DeadOn RTC is perfect for clocks, calendars, or any other time-keeping project. 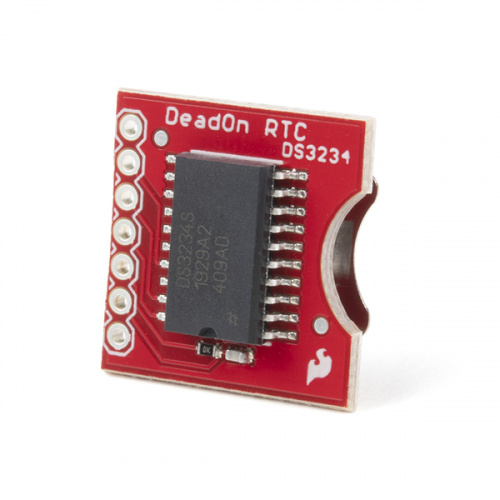 Here is a real time clock based on the DS3234 Real Time Clock IC. The DS3234 is a low-cost, extremely accurate SPI bus real-t…

Communication between a microcontroller and DS3234 is achieved using a four-wire SPI interface. When it's not powered via a primary source, the chip can be set to run on a backup battery -- keeping its programmed time for many years to come.

This tutorial serves as a general introduction to the DS3234 and the SparkFun DeadOn RTC Breakout. It covers both the hardware and firmware requirements of the breakout -- documenting both example wiring and Arduino code for the chip.

You'll need a handful of extra parts to get the DeadOn RTC up-and-running. Below are the components used in this tutorial, if you want to follow along.

A microcontroller that supports SPI is required to communicate with the DS3234 and relay the RTC's data to the user. The SparkFun RedBoard or Arduino Uno are popular options for this role, but just about any microcontroller development board should work. (The example code in this tutorial uses an Arduino library, if that serves as any extra motivation to go with an Arduino.)

Here at SparkFun, we refuse to leave 'good enough' alone. That's why we're adding to our line-up of Arduino-compatible microc…

Six or seven jumper wires and a breadboard help interface the RTC to your Arduino. And to insert the breakout into the breadboard, you'll need to solder headers to the pins. (Don't forget a soldering iron and solder!)

Finally, the DeadOn RTC Breakout does not include a 12mm Coin Cell Battery. Plugging a coin cell in will afford your RTC years-and-years of time-keeping goodness. 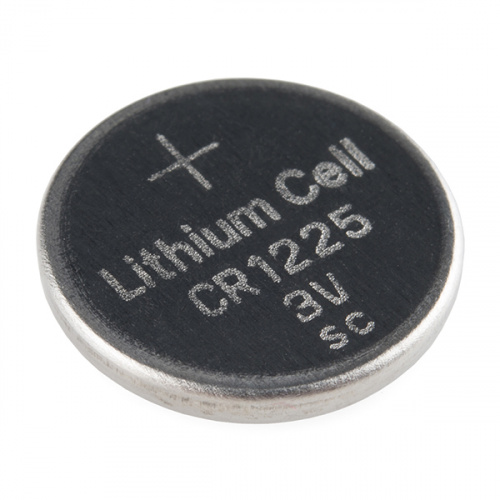 The SparkFun DeadOn RTC Breakout is a very beginner-friendly breakout board. There are, however, still a few concepts you should be familiar with. If any of the tutorial titles below sound foreign to you, consider giving them a look-through:

SPI is commonly used to connect microcontrollers to peripherals such as sensors, shift registers, and SD cards.
Favorited Favorite 78

What is this 'Arduino' thing anyway? This tutorials dives into what an Arduino is and along with Arduino projects and widgets.
Favorited Favorite 37
Share
Use this URL to share: