The USB connection is utilized for programming, serial debug interface, and AT commands. Users only need to plug their DA16200 Thing Plus into a computer using a USB-C cable. Users will then be able to interact with the DA16200 module through a serial terminal. 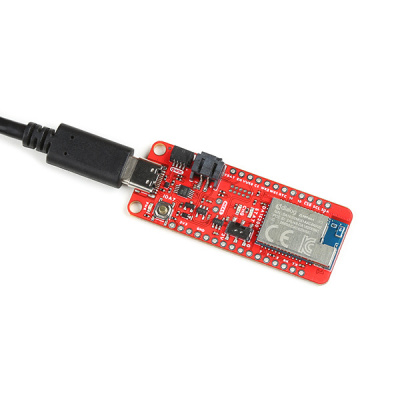 The SparkFun Thing Plus - DA16200 connected to a computer. (Click to enlarge)

The pins for the DA16200 Thing Plus are broken out to 0.1"-spaced pins on the outer edges of the board. When selecting headers, be sure you are aware of the functionality you need. If you have never soldered before or need a quick refresher, check out our How to Solder: Through-Hole Soldering guide. 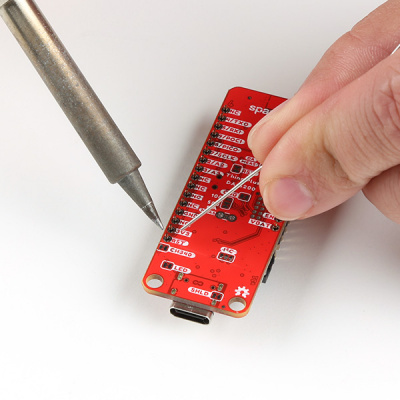 Soldering headers to the DA16200 Thing Plus.

The Feather Stackable Header Kit is a great option as it allows users to stack shields (w/ Feather footprint) or it can be placed on the a breadboard; while, the pins are still accessible from the female/male headers. 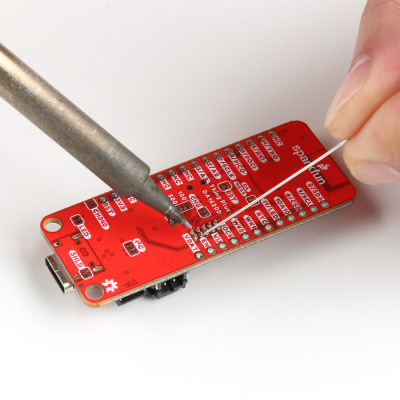 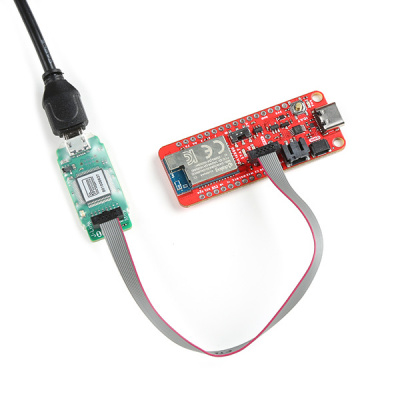 Connecting a programmer to the SparkFun Thing Plus - DA16200. (Click to enlarge)

For remote applications, the DA16200 Thing Plus can be powered through its 2-pin JST battery connector. Additionally, users may be interested in utilizing a solar panel and USB-C cable to recharge their battery. 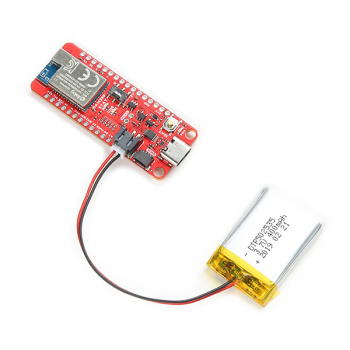 The SparkFun Thing Plus - DA16200 with a battery attached. (Click to enlarge) 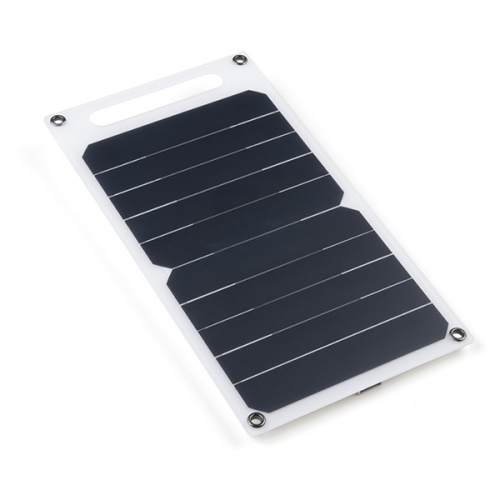 This is a portable, slim, lightweight solar panel charger with 10 watts of power and a standard USB connection port. 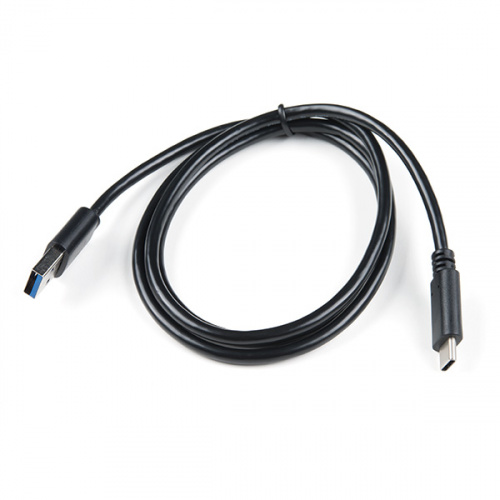 Note: DO NOT remove batteries by pulling on their wires. Instead, it is recommended that pair of dikes (i.e. diagonal wire cutters), pliers, or tweezers be used to pull on the JST connector housing, to avoid damaging the battery wiring. 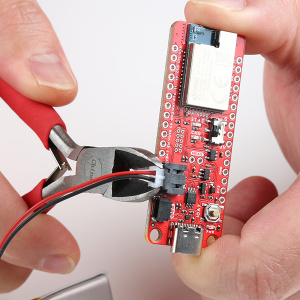 Using a pair of dikes to disconnect a battery. (Click to enlarge) 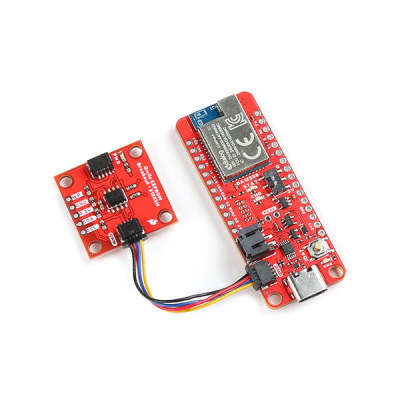