Imagine two Arduinos, half-a-globe away from each other, talking and sharing sensor information over a serial port, as if they were right next to each other. When we stuck the Electric Imp on an Arduino shield, this is just the beginning of what we were envisioning.

Our goal with this tutorial is to create a black box "data pipeline" to move information from one Arduino to another, utilizing a Internet-connected WiFi networks. The Arduinos will simply share data across a serial bus, ignorant to the crazy-complicated path that data is taking to reach the other side.

Our "data pipeline." Information goes from one Arduino, through an Imp, up to an agent, through the web to another agent, and back down to Imp and Arduino number 2.

Why the Imp? There are dozens of ways to connect your Arduino to the world-wide-web and share data -- WiFi Shields, WiFi XBees, Cellular Shield name a few -- but the Electric Imp is one of the cheapest and easiest solutions. Plus, it's a good excuse to learn about and toy with the awesome little development platform.

We'll focus on using the Electric Imp Shield, but there are a variety of hardware setups that can be made to work. Here is an example wishlist of what you might need to use the Imp Shield and a RedBoard:

If you want to communicate from one Arduino to another, you'll need to double the quantities on each of those items, but you can test the setup with a single 'duino and Imp combo.

In place of the Shield, you could pair an Electric Imp Breakout with a breadboard, jumper wires and headers.

We'll use a RedBoard, but, of course, any Arduino-compatible board should work.

Let's quickly discuss the components involved in our Arduino-to-Arduino data pipeline, from the Imp to the Impee to the Arduino.

The Electric Imp is a powerful WiFi-enabled development module disguised as an SD card. It's incredibly easy to get up-and-running, and equally easy to code and use. It works perfectly as an intermediary between the hardware world and the world-wide-web. 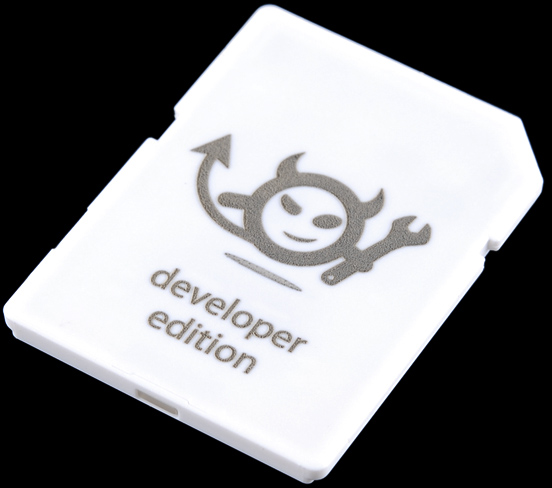 Using the Electric Imp IDE, Imps can be programmed to communicate with an agent. An Electric Imp agent is a server-side piece of Squirrel code that can pass data to-and-from the Imp, and also deal with Internet traffic.

The Electric Imp IDE. It's here that we'll write code for both the electric imp module, and its agent that interacts with the Internet.

In this tutorial we'll need to write separate pieces of code for the Imp and the agent. They'll work hand-in-hand to transmit data between Arduinos.

To use any Electric Imp, you'll need an Impee - the host board or socket that is designed to interface with the Imp. For this tutorial, our Impees are going to be the Imp Shield, but you could also make do with the Imp Breakout, or an Impee of your own design. 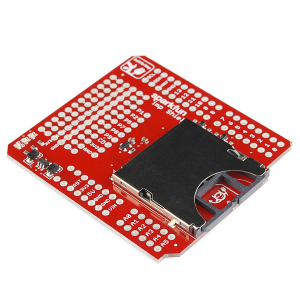 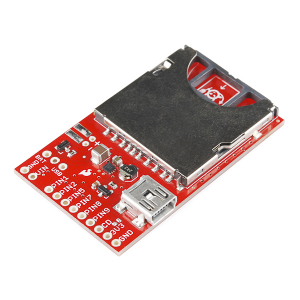 The Electric Imp Shield (left) and the Breakout (right).

Either board will work, but the breakout will require an extra bit of wiring that the shield already takes care of. Read about that on the next page.

Finally, you'll need an Arduino. Just about any Arduino should do, all you really need is a UART, which they should all have. If Arduino isn't your thing, feel free to adapt the Arduino code and hardware to your favorite microcontroller platform! We'll make use of our friend, the RedBoard. 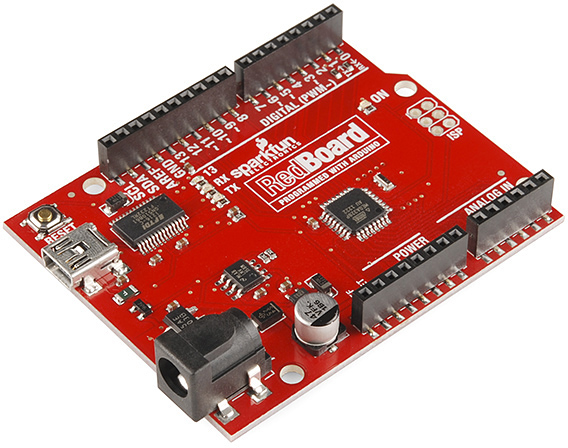 On top of writing code for the imp and its agent, we'll also need to write a short Arduino Sketch. Just a simple example that can send data serially to the imp.

If you're using the Imp Shield, setup is as simple as soldering on some headers, plugging in the shield, and plugging the Imps in.

But if you're using a Breakout or any other form of Impee, there is a bit of hookup to be done. Here is the circuit we'll be using:

There is some wiggle room with which pins you can use. On the Imp you could use different pins to control the LEDs (or skip the LEDs entirely), or even use one of the other two UARTs (UART12 or UART1289) for communication. On the Arduino, you can use different pins for the SoftwareSerial port (double-check to make sure they'll work with the library though!).

A few things to keep in mind: the Imp is not a 5V tolerant device, so you'll need to shift down any signals above 3.3V. We recommend bi-directional level shifters to accomplish that task (that same circuit is already on the shield).

The Imp can be a power-hungry little devil -- pulling up to 400mA. We've been powering each of the Arduinos/Imp combos off purely USB, and it's worked just fine. Just make sure to keep the power requirements in mind!

We'd really encourage you to branch out on this design. The Imp's got at least 2 more pins for you to make use of. There's an I2C port available on pins 1 and 2, as well as DACs, ADCs, PWM pins...you name it. And, of course, there's tons of room left on the Arduino. Add some sensors, LCDs, LEDs...whatever your project needs!

The Electric Imp serves as an intermediary between the hardware world and the Internet. It can easily manage I/O pins and the UART, and it can also share data with an agent. The agent is a separate piece of server-side code, which does the higher-level "Internet-land" stuff.

Code for both the Imp and the agent is written in Squirrel, a very JavaScript-esque high-level, object-oriented programming language. For help learning Squirrel, check out these resources. For guidance more specific to the Imp, check out their Dev Center.

Before you can add code, you'll need to BlinkUp your Imp (to connect it to your WiFi), and assign your Impee. Check out the Electric Imp Hookup Guide for help there. We'll be creating a model called Serial Pipeline to house the Agent and Imp code.

The code on the Imp needs to accomplish two primary tasks:

The Arduino and the agent are both, essentially, using the Imp as a pipeline to pass data.

Here is the code we came up with to accomplish that. Copy this code into the Device section of your Imp IDE:

In addition to sending data between devices, the Imp code also implements some visual debugging with LEDs. A pair of LEDs are used to indicate RX and TX bursts of data. Those LEDs are connected to Imp pins 8 and 9.

Like the Imp, the agent has two main tasks:

And here's the code that accomplishes that. Copy and paste into the Agent half of the IDE:

There are two, separate event handlers that accomplish our agent's two goals. The device.on() function acts on data coming in from the imp, and sends it off to another agent. The requestHandler() function reacts to an HTTP request, and sends data from that down to the Imp.

You must edit the agentURL variable before running the code. Set that to your second agent's URL (look at the top of the Agent window to find that).

To test out the setup with a single Imp, you can point your browser to https://agent.electricimp.com/Agent2URLHERE?data=! (making sure to fill it in with your agent's URL. That should trigger an HTTP request in your agent; it should read in the "!" and pass it through to the Imp (your Arduino will need the sketch from the next page to complete the test). This is powerful in-and-of-itself -- you can use a web browser to send data to your Arduino!

To communicate between a pair of Imp/agent's you'll need two separate active models. So create a second model (we named ours "Serial Pipeline 2") and copy the same two pieces of code into that, except set the agentURL variable in the second agent to that of the first.

Click the example image above to see our example setup. Note there are two active models -- "Serial Pipleine" and "Serial Pipeline 2" -- and two separate Imp devices under those.

The software serial library (included with Arduino) is used is setup pins 8 and 9 as Arduino's RX and TX, respectively. Those pins come pre-wired on the Imp Shield. Using the RedBoard, we have to use SoftwareSerial because the hardware serial port is connected to the USB-to-Serial chip, which we'll need for the Serial Monitor.

Testing Out the Chat

Now all that's left is testing the chat system out. Open up terminals for each of the Arduinos. You may need to use a terminal program (like HyperTerminal, TeraTerm, etc.) in addition to the Serial Monitor, as it seems you can't open up Serial Monitors on multiple ports.

Try sending something to your Arduino. Pretty instantaneously you should see the TX then RX LEDs blink on the shields, and whatever you typed should end up in the other terminal window!

Okay, we can admit this is a little silly. Just think about the journey that “Hello, World” had to take just to get from one serial port to the other. It went through the Imp, out your WiFi, into a magical cloud on a server far far away, then it completed the round trip back to your WiFi and into the other Imp. We've come a long way from null-modem serial cables.

We had to update this tutorial after Electric Imp drastically updated their IDE. Some of this code was based off examples written by Nate McBean. Thanks a bunch, Nate!

If you're looking for other Imp resources, here are some of our favorite:

If you're still left with imp-related questions, try consulting their forums.

Now that you know how to hook up the electric imp and its Breakout, what project will you be making with it? Will you be adding to the "Internet of Things"? Need some inspiration? Check out some of these products and projects: