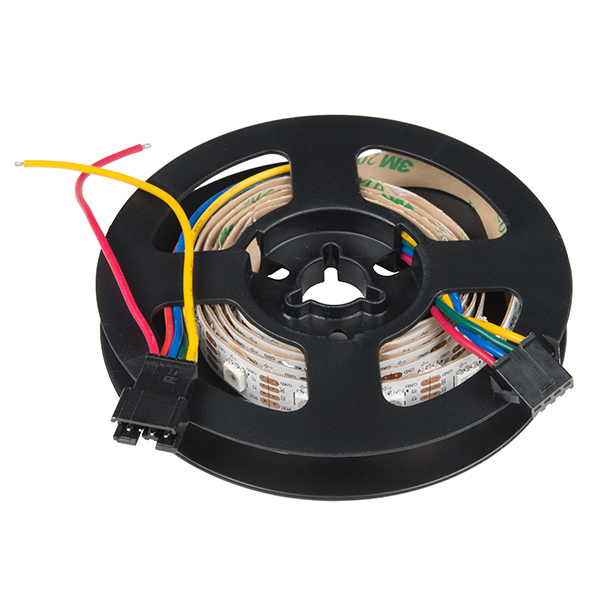 The APA102 addressable LED strips come in a few flavors, which vary by size and sealant. You can get them in either 1m or 5m lengths, or high density. For each length the strip, they can be either covered by a waterproof sealant or left bare.

Each end of the LED strip is terminated with a set of four colored wires: red, blue, green, and yellow. Two wires are for power, one wire for clock, and another wire transmits data either into or out of the strip: 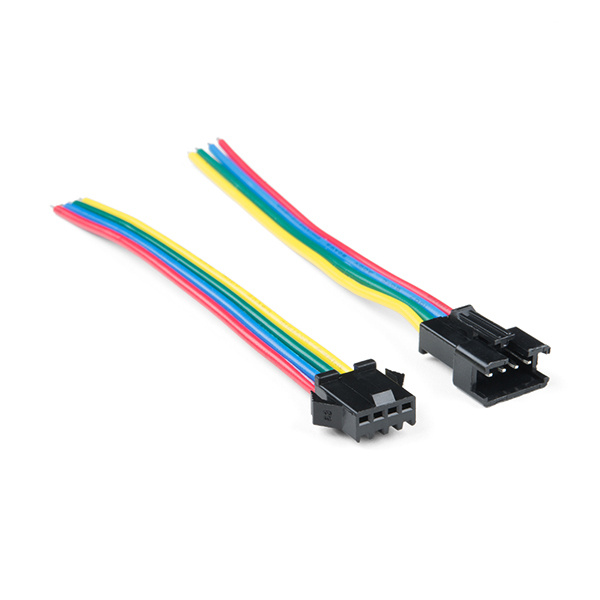