A montage of photos from events we've visited thus far in 2014.

I've created a photo montage of events that SparkFun's Department of Education has been to in 2014 thus far!

It all started off in Austin, Texas for SXSWedu. 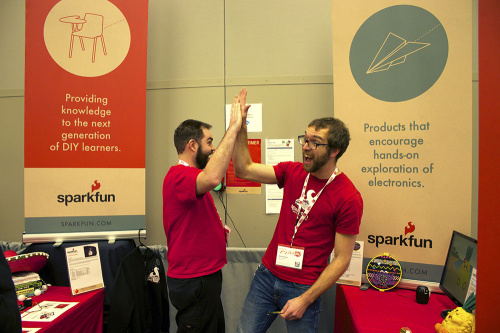 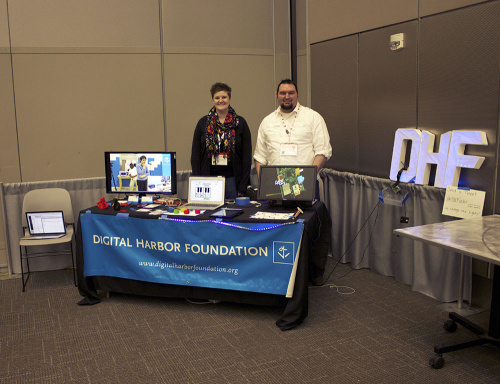 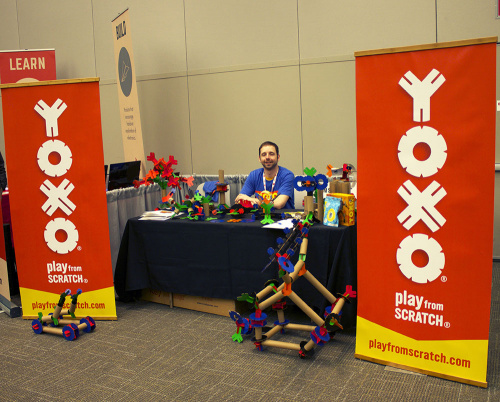 Downtime in the streets of Austin! 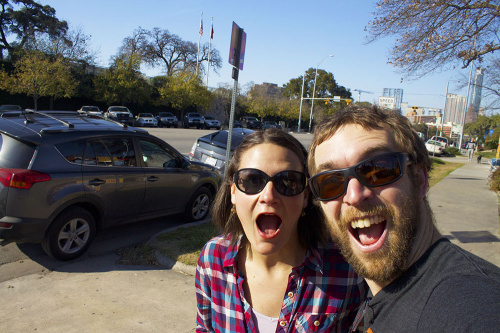 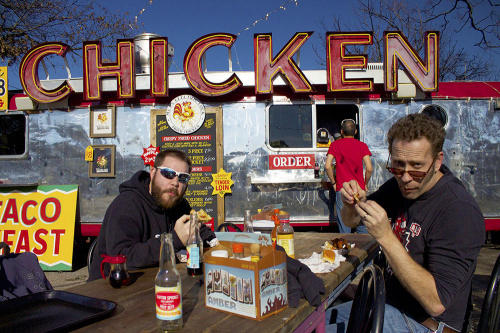 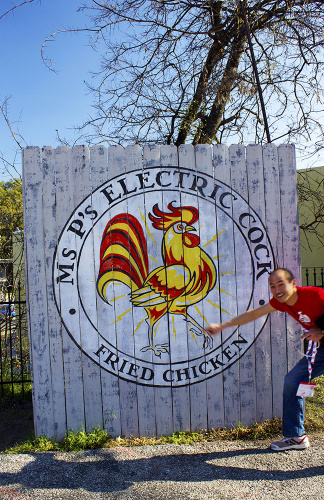 A month later we took our crew to Washington DC for the United States Science and Engineering Festival where more than 325,000 people came to visit! We taught two full days of soldering together WeevilEyes, Simon Says and Big Times. Our voices were sounding rough by the end of Sunday. 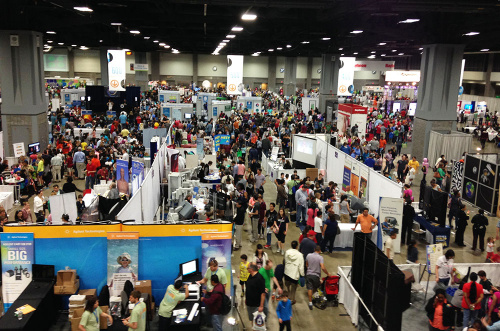 I had the pleasure of attending a local Denver event called GESTEM or Girls Exploring Science, Technology, Engineering & Math. This event is put on year after year by the Society of Women Engineers Rocky Mountain Section. 1000 middle school girls come to the Colorado Convention Center for a day of hands-on STEM workshops. Angela and I met some really creative girls who loved putting together a light up lotus pop-out card just in time for Mother's Day! We even overheard some of the girls saying that this was their favorite workshop at the event! Woo hoo! 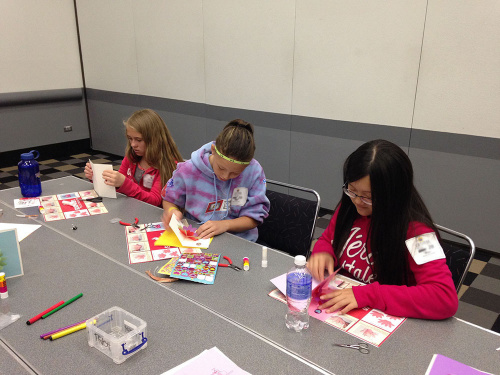 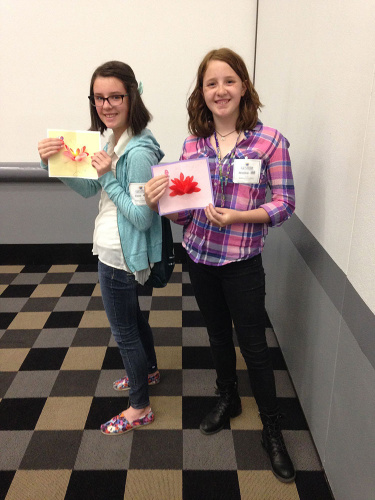 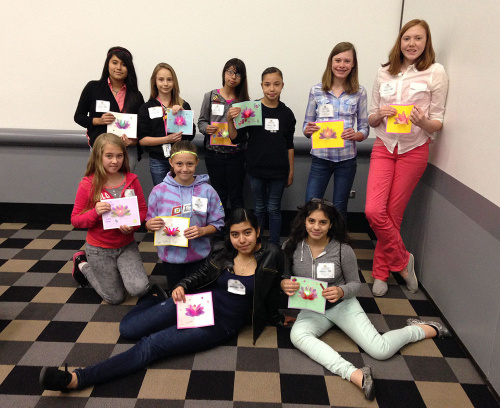 And most recently we descended upon San Mateo, California for the Bay Area Maker Faire! Roughly 195,000 people showed up this year to experience the whimsical, witty creations that filled the parking lots and buildings of the San Mateo County Event Center.

SparkFun's education department partnered up with Intel to help children and adults put together a "magic wand" made of paper, copper tape, LEDS, coin cell batteries and paper clips. This project showed patrons just how easy it is to put together a circuit and learn the basics of circuitry! We had a great turnout! 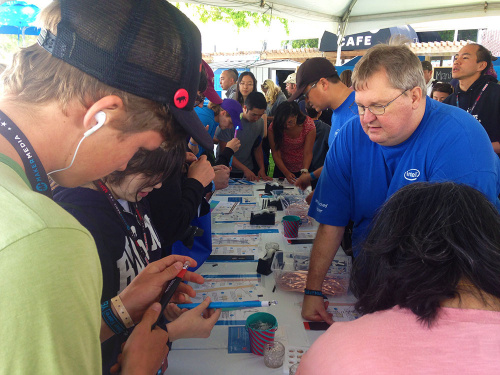 Showing off an Intel tat! 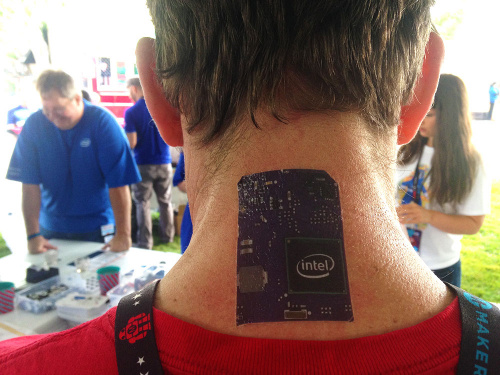 SparkFun was also represented at the Atmel booth. Our COO, Trevor Zylstra engaged with hundreds of patrons about the anticipated MicroView, a chipped sized Arduino coming out later this year. SparkFun is a proud supporter, and we're helping to manufacture these little guys with Geek Ammo, the creators. 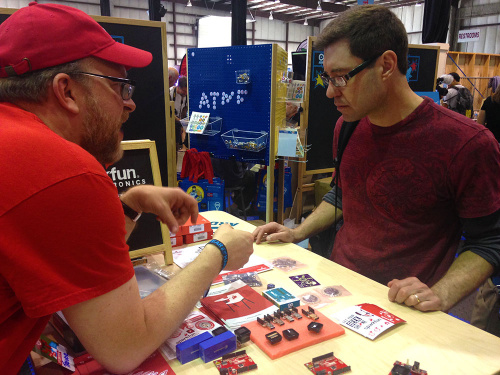 Here are some more highlights from the Bay Area Maker Faire! 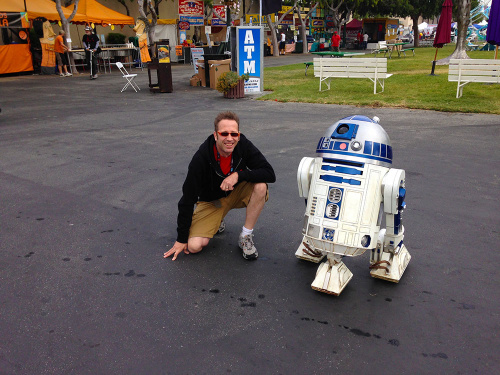 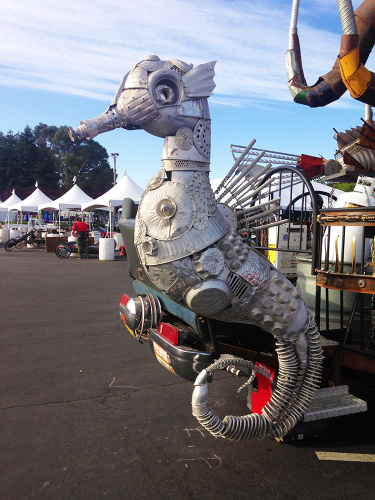 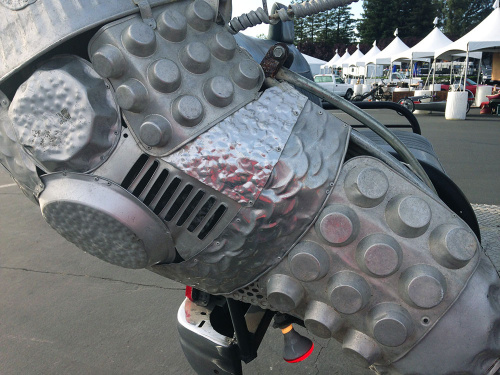 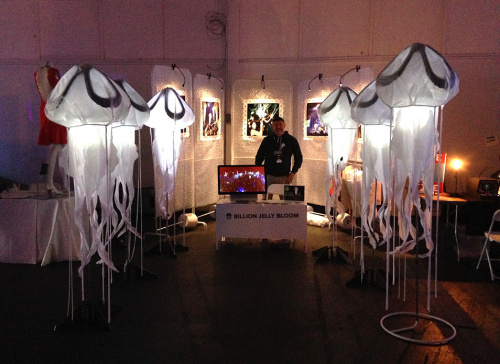 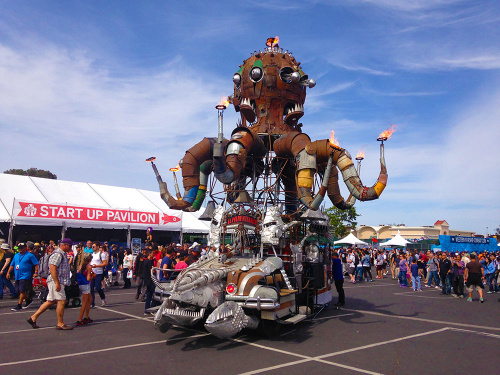 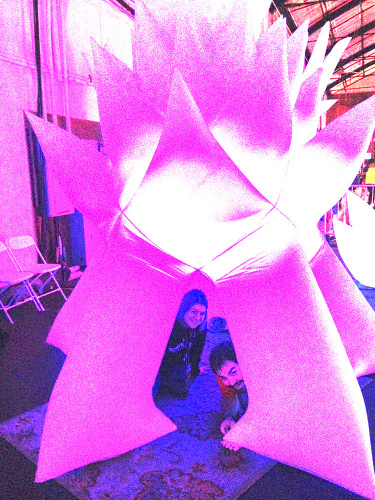 And lastly, to cap off the faire Derek and I were able to catch keynote speaker, Adam Savage, from MythBusters! 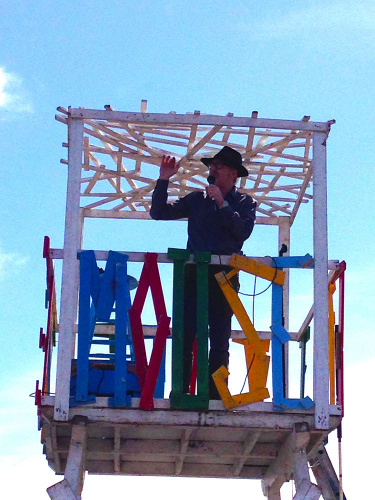 Keep an eye out for SparkFun's Department of Education possibly rolling through your area in the coming months! We'll be visiting Indianapolis in early June for American Society for Engineering Education, Atlanta in mid June for the State Educational Technology Directors Association and Las Vegas in late June for the American Library Association Conference.