Soldering together a robot solder badge and a WeevilEye kit.

Alex Nunn is from one of the two makerspaces in New Hampshire called Port City Makerspace. He's the manager of the shop, but he also does the monthly soldering classes and hosts hacker nights.

Recently he had people doing two basic kits at his classes. One was the robot solder badge from the Maker Shed, and the other was SparkFun's WeevilEye kit. Both of them turned out to be really fun for people, and those two kits together made for a great learning process.

Check out some of the photos from his class! 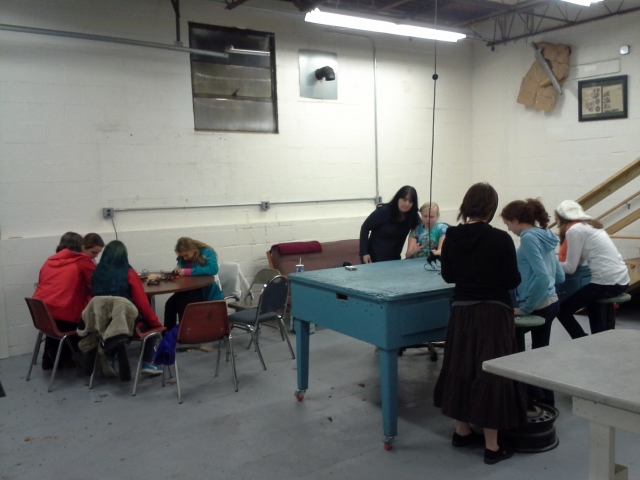 This is one of the first large group soldering classes Alex did. His class was online and listed as free, yet for a couple weeks he had no takers. Pretty much the day before the class was scheduled, he was asked if he could teach a class for eight Girl Scouts. He had luckily prepared enough of his own kits, so he said sure! It was a little alarming, and he kind of stumbled through it, but the girls got some good practice and went home with a circuit they put together themselves! 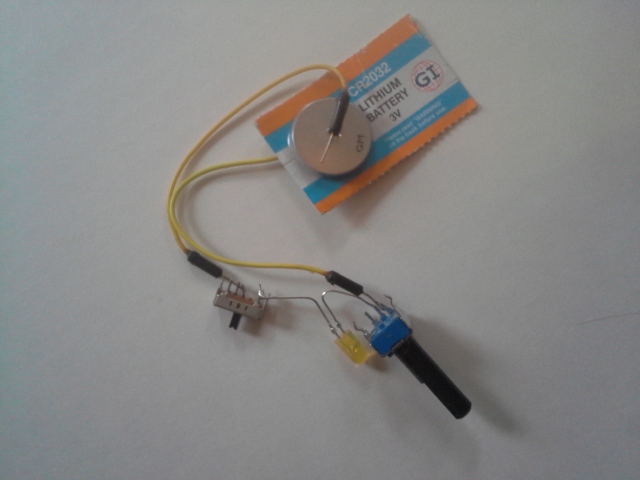 This is the kit they put together. It's not the prettiest thing, but the point was that it was simple, fun, and cheap. He did the class for free this time for that reason. 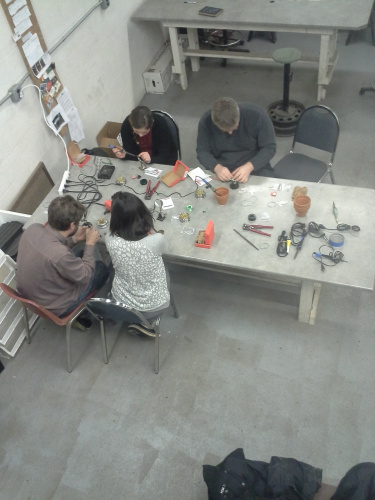 This is a picture of his January soldering class. It was a good group! The girl on the left was more interested in soldering for jewelry rather than electronics, so she decided to take the class just to practice. 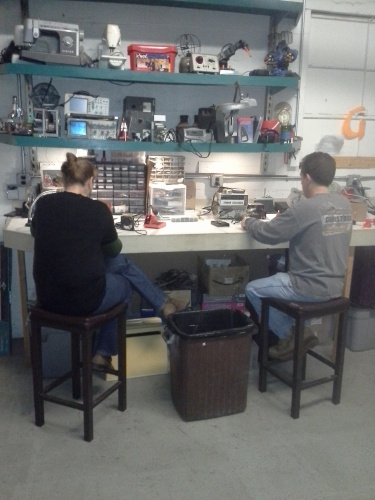 This was the class that took place in either December or November. He couldn't remember exactly when. There were only a couple of people, but what made it more interesting were the questions they had when it was a smaller group. Several were in depth questions about the types of solder, heat transfer, what flux is and so on. One man was interested in a specific electronics project he was planning and wanted advice on battery connectors and power ratings.

All in all the classes went really well!

Thanks SparkFun, for all that you do!