This year we were the judges and hosts for three competitions!

Every year for over 20 years the National Robotics Challenge (NRC) in Marion, OH, has hosted teams from around the country in a range of competitions aimed at highlighting robotics education.

SparkFun has been in attendance since 2011, and has been a sponsor since 2012. In the past two years we’ve stepped up our presence and hosted competitions. This year we were the judges and hosts for three competitions between April 9-12. 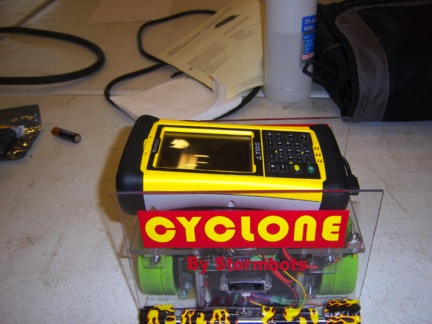 For our second year we ran an interactivity challenge that asks students to build an interface with data coming from a peripheral like LEGO, VEX, Arduino or a mobile device, and show it in a graphical interface such as Processing, Java, Python or an IoT channel. This year’s winner was an innovative EKG style data-logger that wrote values to a time-stamped sheet of paper.

This was the first year we hosted an Autonomous Vehicle Challenge based on the race that happens at SparkFun every year. We scaled the size of the course slightly, and despite very questionable rain and thunderstorms, we had nine teams compete with three teams completing the course. We saw a range of vehicles, from LEGO and Vex-based vehicles, to Arduino driven rigs that would have been right at home at our race in Boulder.

The highpoint was the team from Cedarville University with an elegant, non-GPS based solution that was reliable and performed very well. 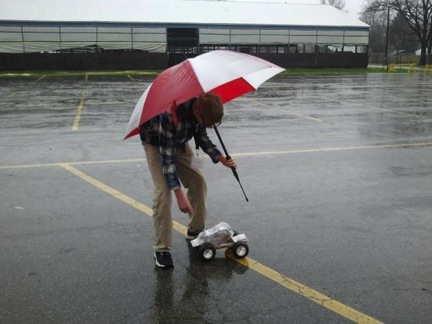 In addition, this year SparkFun ran an optional cryptography challenge. This challenge wasn’t advertised and students could participate on a “drop-in” basis. The challenge was centered around four XBee radio beacons that were hidden on-site at the event. Students were given XBee Explorers to access the hidden beacons. Through a series of radio channels that responded to specific radio “pings,” the hidden beacons would return four strings of encoded text. The students then had to decode the text and reconstruct the original message. Kenton Robotics from Kenton, OH, was the first team to finish, and through the course of the day, four teams finished the puzzle. The event was wildly popular and we look forward to running it again, both at NRC and in other locations.

The NRC has grown to be a tremendous resource and we look forward to it every year. If you think your students would be interested, more information about NRC can be found here.