The XBee Shield gives your Arduino a seamless interface to XBee -- one of the most popular wireless platforms around. With XBee, instead of being tied down by a serial cable -- inches away from a paired device -- your Arduino can pass data over the air to another device hundreds of feet away. 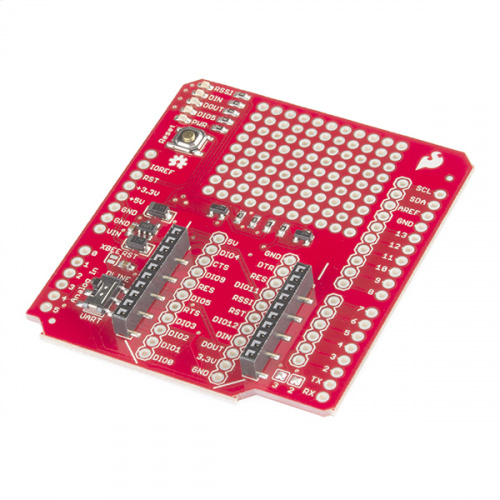 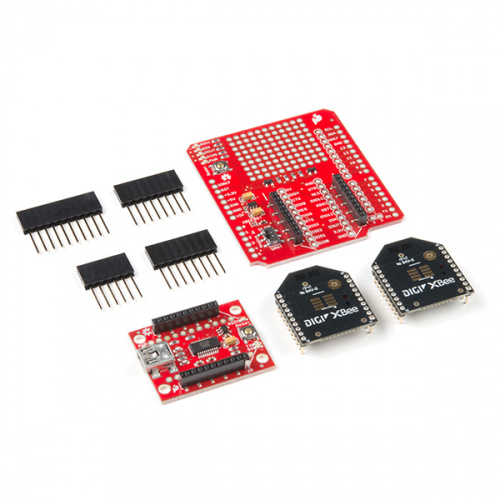 Inside this kit you will find two XBee Modules, one XBee Explorer, one Xbee Shield and a set of Arduino R3 headers to solder …

Part of what makes XBee so popular is its simplicity. XBees are controlled over a serial UART interface -- in the most basic operation they can be used as a wireless serial cable. Setting up XBee networks and addresses is also simplified with Digi's free software -- XCTU -- which we explain in a separate tutorial.

The goal of this tutorial is to set up wireless XBee communication between a computer and an Arduino/XBee Shield combo. Then, using a terminal program, we can remotely send data to an Arduino, or read data off of it. 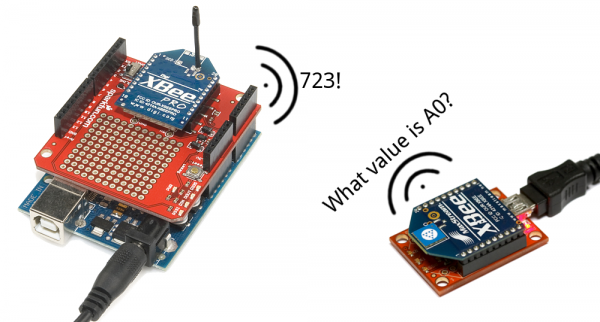 We'll begin by examining the schematics and hardware of the XBee Shield, then move on to example code. First we'll set up a test program to make sure our XBees are communicating with each other. Then we'll move on to the remote control Arduino sketch.

Before reading through this tutorial, we highly recommend checking out the Exploring XBees and XCTU tutorial.

That tutorial will introduce you to XCTU and explain how to configure XBee networks and addresses. In addition to that tutorial, we also recommend checking these guides out:

An update to our classic Arduino Shields Tutorial! All things Arduino shields. What they are and how to assemble them.
Favorited Favorite 5
Share
Use this URL to share: