Here's a quick overview of the most components of the XBee Shield: 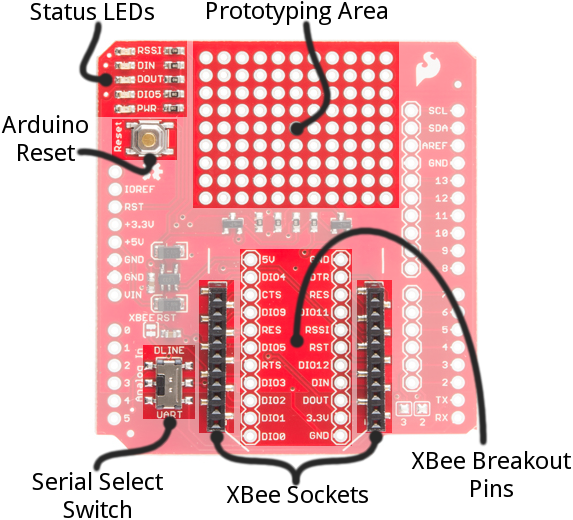 Below we'll go more in-depth on the most important components of the shield.

One of the most important components on the XBee Shield is the DLINE/UART switch. This switch controls which Arduino pins interface with the XBee. 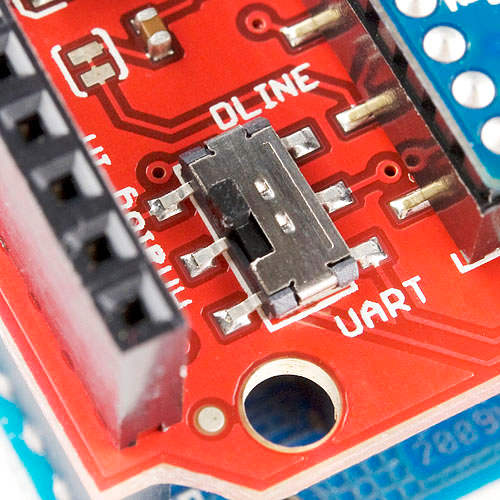 The Arduino Uno has a single hardware UART, which is usually either used for programming (via the Arduino's serial bootloader) or communication with the serial monitor. That serial port can only be used to communicate with one device at any time, lest you run into problems of bus contention. There's also a chance that, during program upload, spurious -- even harmful -- data might be sent to any device attached to the Arduino's hardware UART. 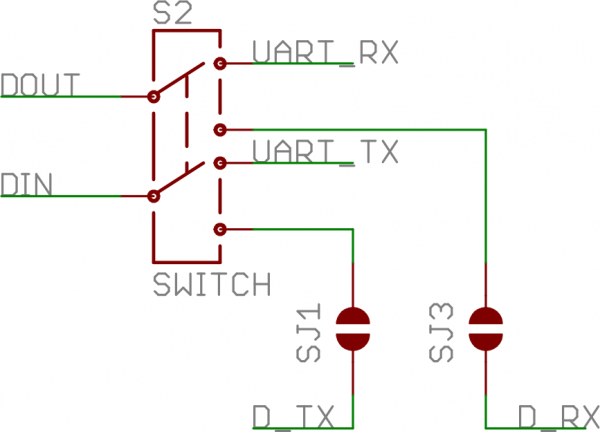 There are 5 LEDs on the XBee Shield. Each of these LEDs connects to a pin on the XBee, which does most of the LED driving. Here's a table explaining the operation of each LED:

These LEDs can be very useful for debugging. The DIO5/Associate indicator should blink when the XBee is paired with a compatible device. The RSSI LED is actually PWM'd so it will be brighter when the paired XBee is closer (sending a stronger signal).

Before you can use the XBee Shield with your Arduino, you'll need to solder in some headers.

Check out the assembly page of our Shield tutorial for all of the tips and tricks related to header installation.

There is some white silkscreen on the Shield PCB to help orient your XBee as you're plugging it in. Make sure to match up the XBee's two diagonal edges with the two diagonal lines on the PCB. 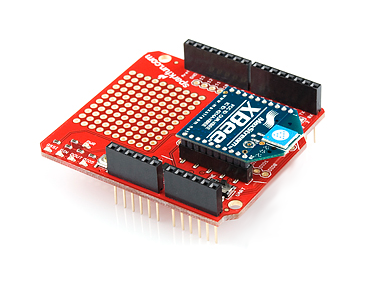 With everything installed, you're ready for the next step! Time to code...