Batteries are a collection of one or more cells whose chemical reactions create a flow of electrons in a circuit. All batteries are made up of three basic components: an anode (the '-' side), a cathode (the '+' side), and some kind of electrolyte (a substance that chemically reacts with the anode and cathode).

When the anode and cathode of a battery is connected to a circuit, a chemical reaction takes place between the anode and the electrolyte. This reaction causes electrons to flow through the circuit and back into the cathode where another chemical reaction takes place. When the material in the cathode or anode is consumed or no longer able to be used in the reaction, the battery is unable to produce electricity. At that point, your battery is "dead." 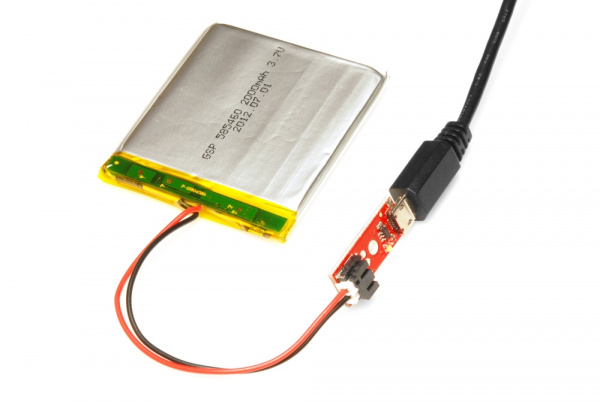 Lithium polymer batteries, for example, can be recharged

Without batteries, your quadcopter would have to be tethered to the wall, you would have to hand crank your car, and your Xbox controller would have to plugged in all the time (like in the good old days). Batteries offer a way to store electrical potential energy in a portable container. 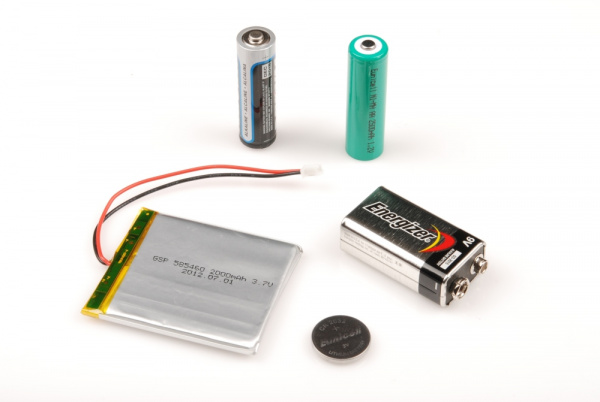 Batteries come in a variety of shapes, sizes, and chemistries.

The invention of the modern battery is often attributed to Alessandro Volta. It actually started with a surprising accident involving the dissection of a frog.

The following topics will be covered in detail in this tutorial:

No, these aren't some sort of weird, AA battery, this is actually a 18650 Lithium Ion Cell. These round high capacity cells h…

These are your standard 9 Volt alkaline batteries from Rayovac. Don't even think about trying to recharge these. Use them wit…