You can learn a lot about embedded software development without ever using command line tools but for brand new systems (like the Apollo3), GUIs and Integrated Development Environments (IDEs) just haven't been built yet. If you're a veteran developer you'll feel right at home. If you're new to this whole idea don't worry -- after you go through this process you'll have a better idea of the steps IDEs take to add convenience. For this tutorial we will standardize our environment so that everyone can follow the same instructions.

Our standardized setup will assume that we are using a Bash shell that has access to Make and Python3.

Bash is a command line tool for unix-like operating systems. Windows users should install one of the several options listed below to emulate bash.

Please note: While the Windows 10 subsystem has support for bash, compilation can be tricky and we do not recommend using this shell.
Running Bash on Windows 10: When you run a cmd window and type bash, it is likely that you'll get the subsystem version of bash. Make sure you use the full path to your installed bash shell when accessing it. For example: ../Program Files/Git/bin/bash.exe 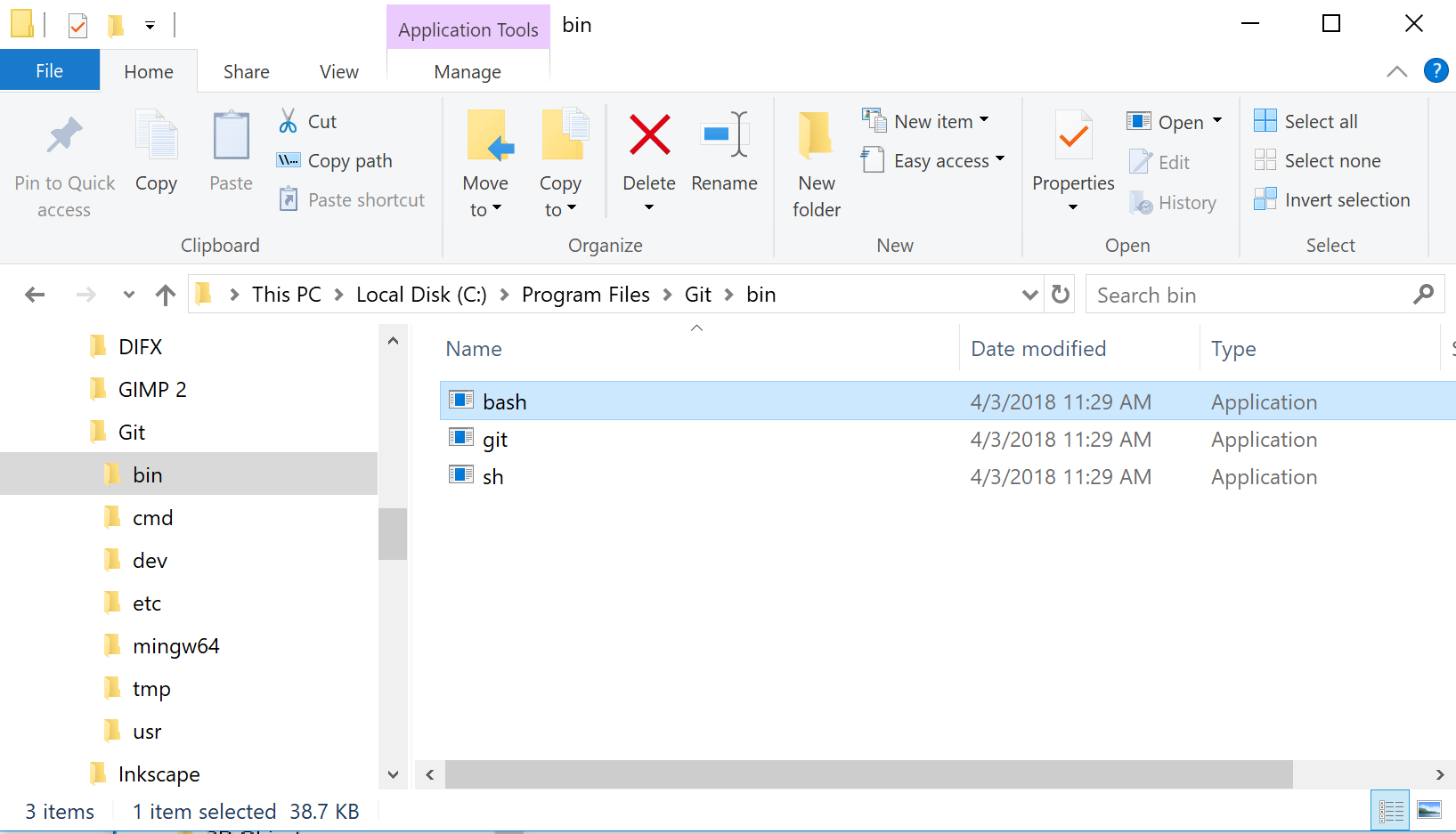 Make is an automated build tool - you give it information about source locations and dependencies and it will automatically call a sequence of commands to compile or re-compile your project based only on the changed files. This can speed up compilation significantly in large projects. Make is a time-tested tool.

Please Note: Going forward be aware of the potential for trouble with backslashes vs. forwardslashes in paths. This tutorial will always use the forwardslash convention, but you may need to use backslashes. Also Windows might require paths to be enclosed in quotation marks if there are spaces or other unusual characters in the path.

Some of the scripts used in the SDK as well as those that upload new code over serial require Python3 and some additional packages.

Note: Another discrepency between *nix and Windows appears: on Windows the exectuable for Python3 is called 'python.exe.' The easiest solution is to rename this to 'python3.exe' after installing the required packages (below).

With Bash, Make, and Python3 all set up you're good to move on! Fortunately all that foundation laying is the hard part. Next all we need to do is install the compiler toolchain: Ambiq's SDK and the SparkFun Edge Board Support Package.