There are many languages out there. For the scope of this tutorial and troubleshooting, we are going to focus on the Arduino IDE (Integrated Development Environment) and common problems when uploading code to an Arduino development board. However, some of these tips may be useful when troubleshooting in other development environments.

• Did you install the FTDI drivers?

If you have not uploaded to an Arduino that uses an FTDI before or connected an FTDI to your computer, you need to make sure that you have installed the latest FTDI drivers. Try looking at the tutorial listed below for installing the driver for your operating system. The tutorial is based off of FTDI's instructions. For more in-depth guidance, try looking at FTDI's Installation Guides.

How to install drivers for the FTDI Basic on Windows, Mac OS X, and Linux.
Favorited Favorite 7

Keep in mind that device drivers can vary depending on the USB-to-serial converter populated on the development board. If you are using a different chip, you will need to install the respective drivers. Here are a few other drivers:

For more information about different drivers, check out this blog post.

What Drives your SparkFun Inventor's Kit?

• How do I know if I have drivers installed?

With the device is plugged in, you can see a few COM ports when you select Tools > Serial Port in the Arduino IDE's menu. When you unplug the device and reopen Tools > Serial Port, you might see a COM port disappear. By process of elimination, you can see what COM port it has enumerated to. You can also see this when you open your device manager checking the Ports (COM & LPT) tree.

• How do I know if my USB-to-serial converter is sending serial data?

To verify that the FTDI or any USB-to-serial converter is working, you could do a serial loop back test or echo test. In order to perform this test, you would connect a jumper wire between the UART pins Rx and Tx. 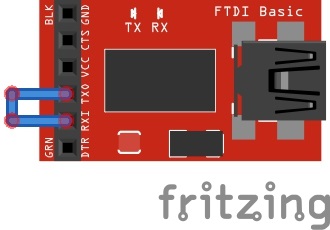 Open a serial terminal (like Tera Term) with the setting 9600 baud, 8-none-1-none. By typing into the serial terminal, any characters sent using a keyboard will be echoed back on the screen. You should also see the Rx and Tx status LEDs indicating when data is being sent. 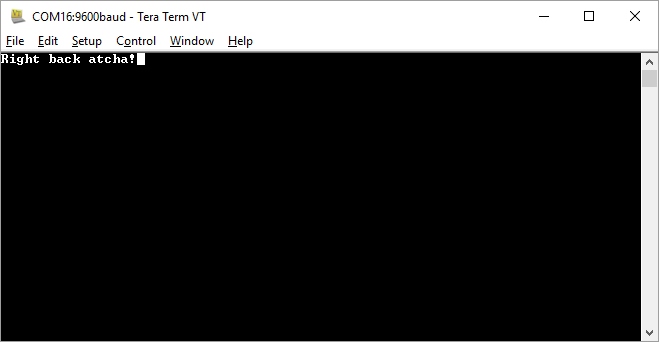 • Is there something wrong with my Arduino IDE?

There are improvements and benefits with each version release of the Arduino IDE. However, there can be unforeseen bugs and differences in the way that code is compiled. If there are warnings in the error output, usually you can ignore them. If you are having issues compiling, sometimes you need to uninstall and reinstall the Arduino IDE on a computer. You can also try deleting certain Arduino files.

If the Arduino-based development board does not require a certain IDE version, you can try rolling back and using a lower version of the Arduino IDE (like v1.6.5). Rolling back and testing with a stable/working IDE may be the solution until the next release.

• Did you select the correct board definition?

• Why am I not able to see my Arduino board in the board selection menu?

There can be some issues with the Arduino IDE v1.6+ due to the different file structure requirements. This may cause an Arduino board to not show up in the default list.

If you tried installing the latest board and code is still not compiling, you may want to roll back to a previous version of the board add-on. If there was more than one board version released, you should be able to click on the board in the board manager and see a small dropdown menu for different versions.

• Did you select the correct COM port?

• Does your example code require libraries to be installed?

If you don't install the libraries, Arduino won't understand certain functions because they were not defined for it. You will usually be able to see example code try to include it near the top of the sketch file. I recommend looking at this tutorial to properly install the libraries.

• I installed the necessary Arduino libraries, so why is it still not compiling?

• How do I recover my Arduino if the bootloader is corrupt?

This tutorial will teach you what a bootloader is and why you would need to install or reinstall it. We will also go over the process of burning a bootloader by flashing a hex file to an Arduino microcontroller.
Favorited Favorite 23

• My Arduino with ATmega32U4 stopped working after uploading new code. What happened to my ATmega32U4-based microcontroller?

Most likely the wrong board definition was selected when uploading code, or something is interfering with the register that handles COM port communication. There is a way to recover the ATmega32U4-based Arduino using the double reset method. You may need an AVR programmer as a last resort. Try checking out the comment here for links to more in-depth tips on recovering ATmega32U4s with different bootloaders.

• Why is my code not working even though it compiles?