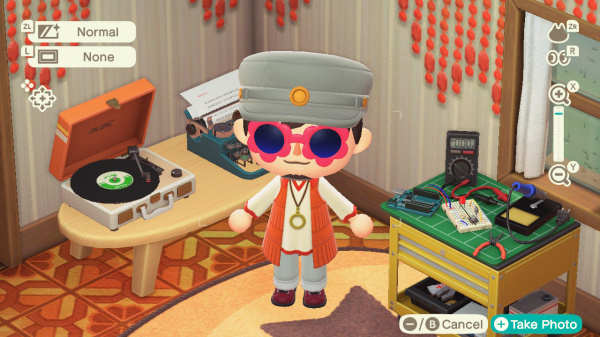 Check out that Arduino!

Though I initially discovered Joycontrol while searching for a way to 'spoof' Amiibos (which you won't find details on here, but there's plenty of info out there), I quickly realized the potential for "automating" away some of the more tedious parts of the game.

I suppose I should back up for anyone who's following this tutorial for purposes other than to automate their ACNH island. If you're not familiar, Animal Crossing is a series of games by Nintendo wherein you live a virtual life as a virtual villager among your anthropomorphic animal friends (and enemies, if you play that way). Players earn bells (money) for various tasks like catching and selling insects or fish. The interface for interacting with all the various characters in this game is an endless series of text menus, many of which can become maddeningly repetitive the more you play. So repetitive, that I often make unintended selections out of sheer impatience and button mashing.

I enjoy this game immensely, I swear.

One of the things I find myself doing often is filling my pockets completely and then selling the whole contents, save my tools, to Timmy and Tommy. This is the perfect candidate for a macro. To record my macro, I make sure my pockets are full (it doesn't matter what's there, I split up a stack of wood to use as placeholders while recording), and go talk to Timmy and Tommy. You should also take note of where the gloved cursor is within your inventory, this will be important later. I make sure mine is in the top left corner. 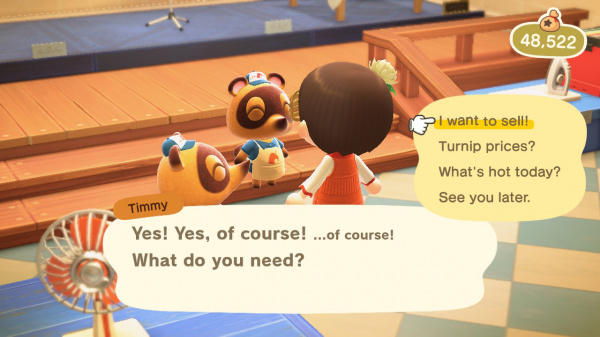 Once I've got the menu pulled up, I start recording on my Pi.

After entering a name for your macro, carefully use the Keyboard on your Pi to navigate through the selling process exactly as you want it to be replayed. I recorded this macro to select and sell all the items in the bottom three rows of my pockets. 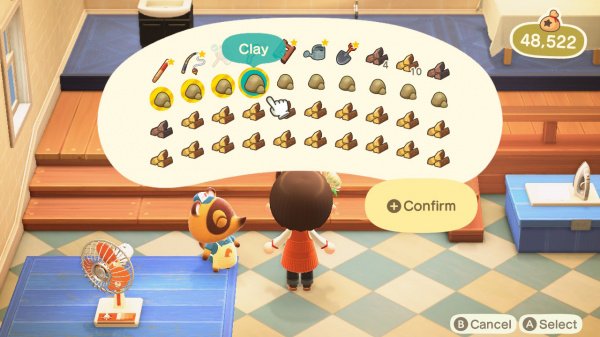 Hit enter once you're done recording. To replay the macro, use the playback command and enter the name you chose. Before starting playback, make sure your pockets are full, the gloved cursor is where it started when you began recording the macro, and that you've pulled up Timmy and Tommy's initial menu.

If all the conditions are the same as when you recorded the macro, you should now be able to re-use it to "skip" through these types of repetitive tasks. How you use the macro recording will depend on your needs/habits in the game, but here are some of the things I've used it for:

Given the game's wide array of activities, I'm sure there's even more that I haven't thought of yet, and this tutorial barely scratches the surface as fare as using Joycontrol-ms with other games. Just don't spend all your bells at once! (or do...)

As detailed in the previous section, unwanted macros can be deleted with:

And when you're done with Joycontrol, disconnect with the exit command: