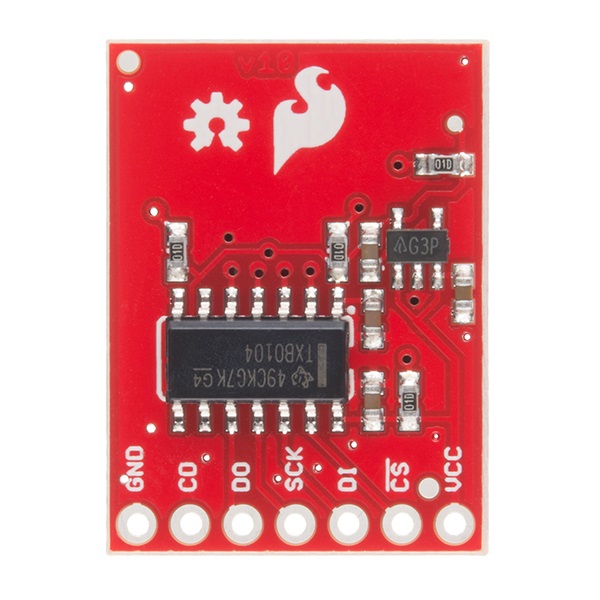 Back of the Level Shifting microSD Breakout

One thing that makes this product stand out is that it is SPI_FULL_SPEED stable. Some errors were seen in our testing with other products, but none have been caught using this board. We didn't have NIST do our testing. We can't rule out the influence of environmental factors or the host processor used, but if we were looking for stability and reliability at high speed, we'd use this board.

If your processor is capable of it, this board supports the use of even the fastest UHS µSD cards. We only tested to 25MHz, but it should be good to two to four times that. Today most Arduino type µControllers are only capable of SPI_HALF_SPEED (6Mbps). Consider this board if you want a little future proofing or have a faster setup. The Arduino SD library is capable of SPI_FULL_SPEED (25Mbps).

The SparkFun Shifting µSD is also a bit unique from its competitors in that it is bi-directional - it level translates all of its outputs back to the level of the hardware it's connected to.