In this section we'll go over the basics of connecting the LTE GNSS Breakout to your computer along with some tips on how to use it in some alternate configurations.

For quick basic assembly, connect the LTE and GNSS antennas to their respective SMA connectors and then plug in the board to your computer with a USB-C cable connected to the UART1 USB-C connector. 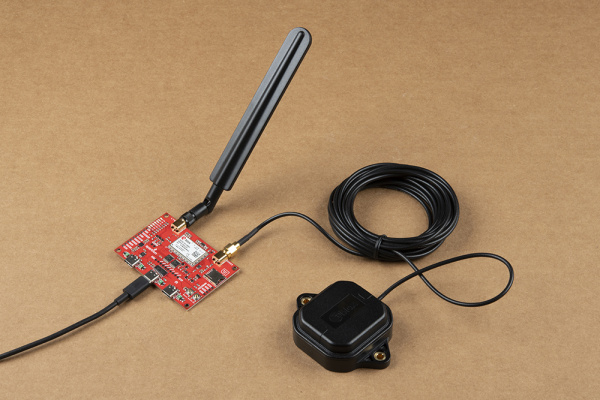 As covered in the Hardware Overview section, the LTE GNSS Breakout comes pre-configured for single UART behavior. In order to use one of the dual UART variants, make the following modifications to the board: 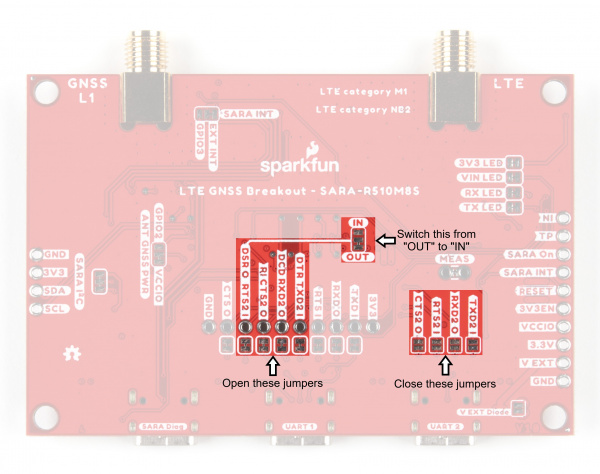 Use the +USIO AT Command to select which variant you prefer. Refer to section 15.8 of the AT Command Set Manual for more information on the configuration selection command and section 1.9.1 of the System Integration Manual for detailed descriptions of the UART interface variants.

Users who wish to use the LTE GNSS Breakout with an Arduino microcontroller need to solder to the board. If you are not familiar with through-hole soldering or want a refresher, take a look at this tutorial:

This tutorial covers everything you need to know about through-hole soldering.
Favorited Favorite 64

Before soldering to the breakout, make the following adjustments to use the board with the u-blox SARA-R5 Arduino Library:

Reminder: All of the PTH signals, TXD and RXD included, run at 3.3V. Do not connect them directly to a 5V Arduino board.

This tutorial uses a SparkFun RedBoard Artemis for the Arduino examples so the completed circuit looks like the photo below: 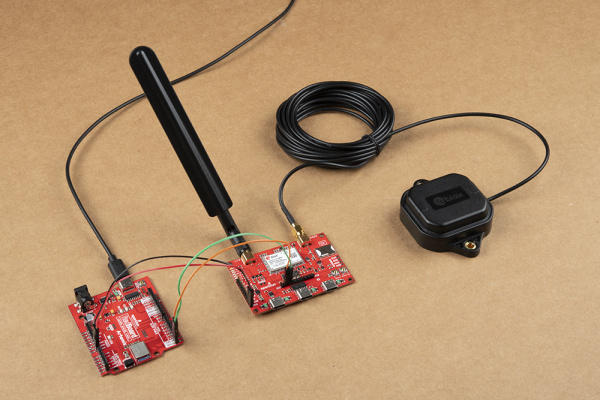