LED Light Bars are a super-easy way to add some extra-bright and colorful illumination to your project. Each Light Bar is essentially a set of three super-bright 5050-size LEDs. They're offered in a variety of colors including white, red, blue, and green (note: the blue and green light bars are an older version, they look different but can still be connected the same way). 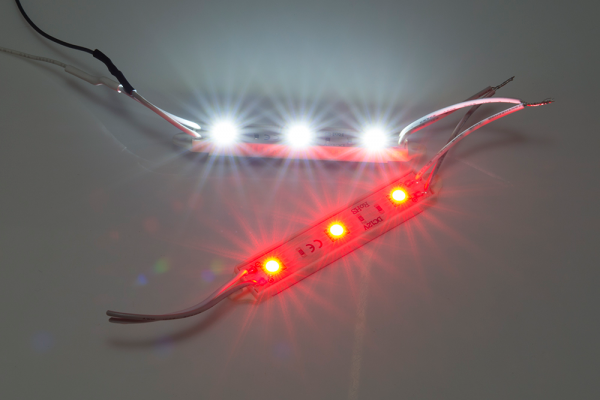 While these bars are very simple devices, they do have a few quirks when it comes to using them. Like the fact that their nominal operating voltage is 12V. In this tutorial we'll go over some of the important specifications of these LED Light Bars. Then we'll dive into some example circuits that can help you get the most of these nifty little LED assemblies.

Here are some concepts and tutorials you should be familiar with before diving into this tutorial: 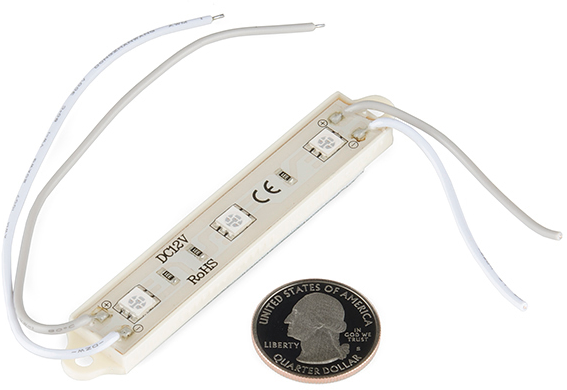 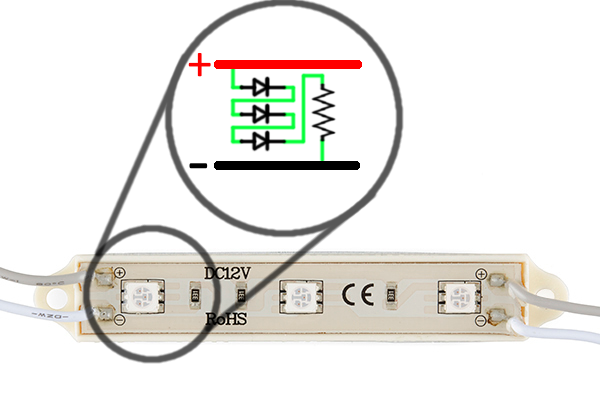 In most cases, Light Bar assembly begins with stripping some wire. The wire pigtails on the bars are 20 AWG, and should be easy enough to strip with any, old wire stripper.

The wire lengths can be extended, if need be, with a little splice. Don't forget to cover your splice with heatshrink!

Alternatively the stripped pigtails can be tinned, crimped, or plugged directly into a mating connector.

The '+' and '-' wires of one bar can be connected to another to string them together. More and more bars can be stringed until you start to approach the current limit of the 20 AWG wires -- about 1.5A. With some back of the napkin calculations -- 55mA per bar, 1.5A max -- that'd be 25-ish bars. 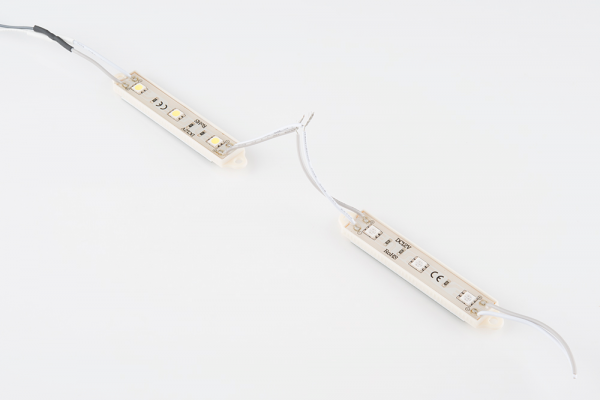 There are two possible methods for mounting the LED bars. There are mounting holes on either end of the bar with a 0.15" drill diameter, allowing for the bars to be screwed down. Every bar also includes a peel-away sticky-foam backing which adheres about as well as you could expect.

With a little prying, the PCB assembly part of the LED bar can be removed from the plastic mounting backing. This might be useful if your boards might need a tighter fit. 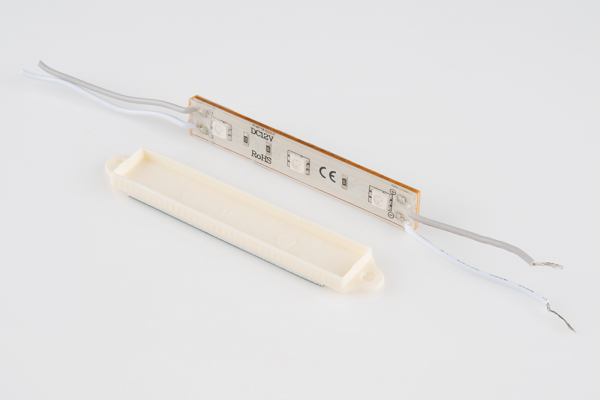 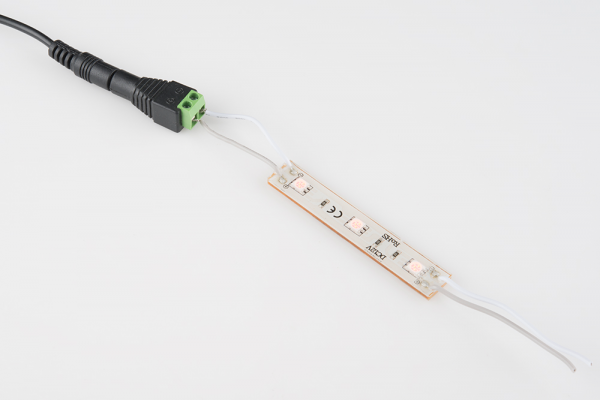 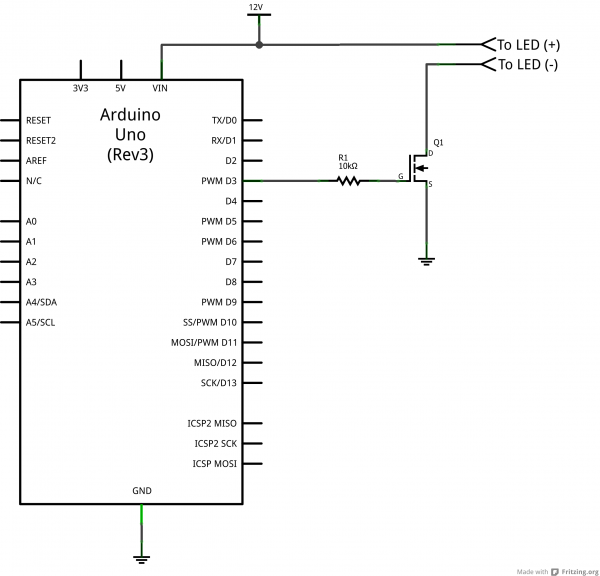 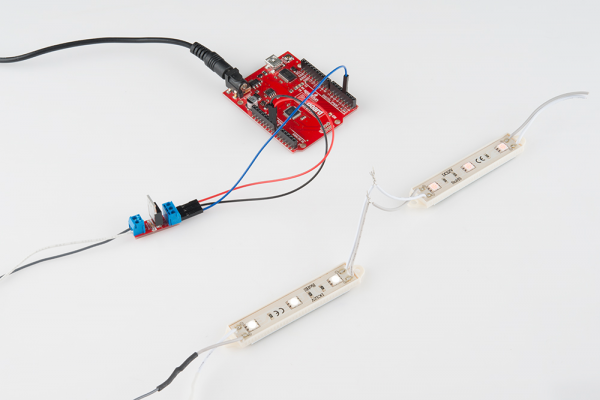 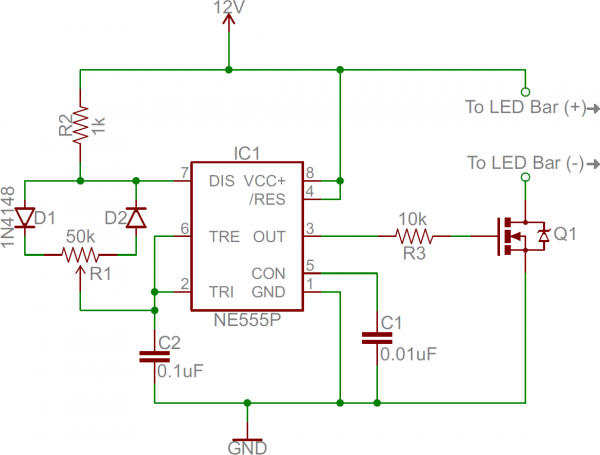 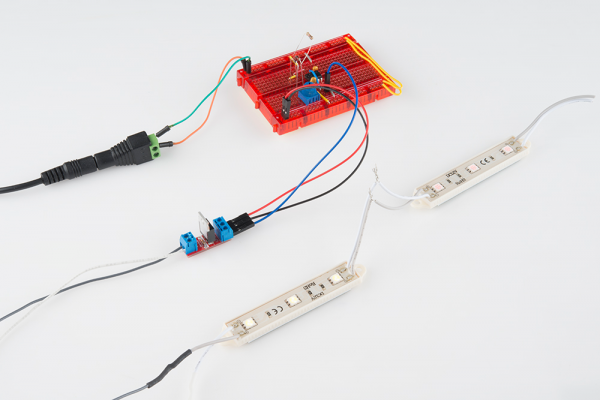 Now that you know how easy it is to wire these LED bars up, what project are you going to make with them? Need some inspiration, check out some of these tutorials: 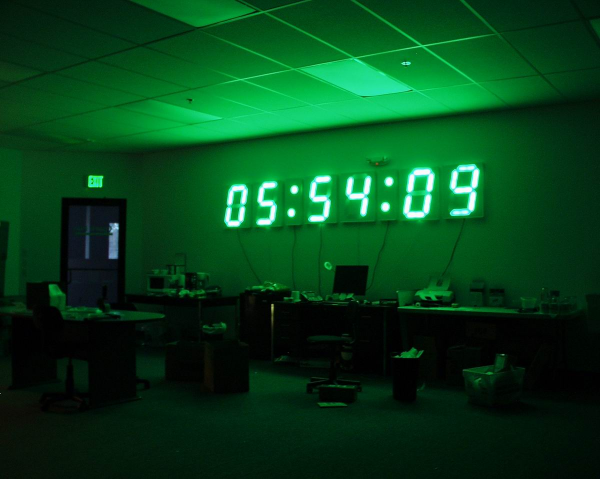 Or (on a slightly smaller scale) here are some other tutorials that might catch your interest: