This is the homestretch! The negative side of this circuit will be one long trace, so make sure your thread is long enough! 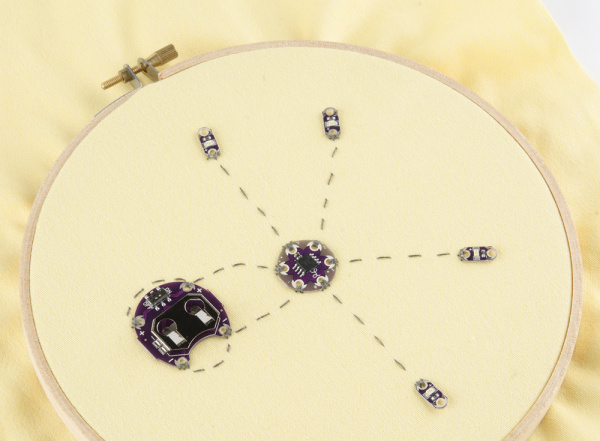 Just like you did on the positive side, sew down both pins of the battery pack, then extend that trace to the negative pin of the Tiny board. Unlike the positive side, you don't need to knot and cut the thread here; you'll be continuing this trace. 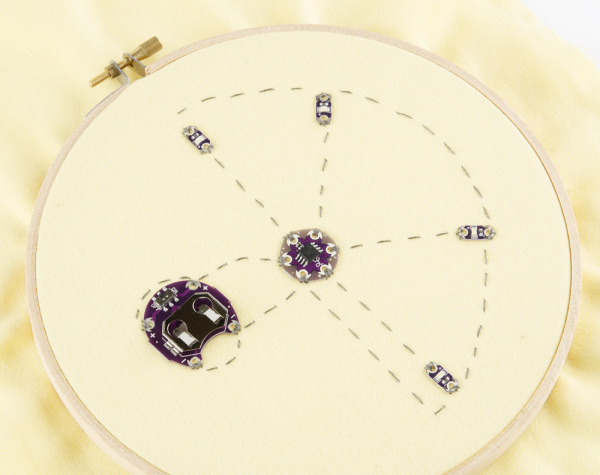 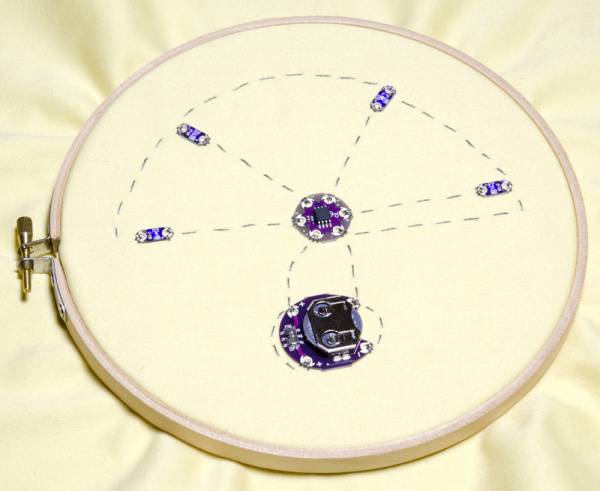 This is it! Slide the battery, positive side up, into the battery holder, and turn the switch on.

Each light will display a different behavior. Pin 0 will do a "breathing" fade. Pin 1 will flash a heartbeat pattern. Pin 2 will blink on and off. And, Pin 3 will display a random twinkle. These are great examples of just a few of the light effects you can achieve with Arduino code. When you're ready to start programming for yourself, you'll find the code used in this board on the LilyTiny product page under "Documents"

If you love the LilyTiny circuit and want to try another pre-programmed microcontroller, check out the LilyTwinkle! It's the exact same board you've just used, but with different code. That means that you'll hook up lights the same way, but instead of performing 4 different behaviors, they'll all display a twinkling effect together. Cute!