As we stated in the introduction, the usual application of hobby servo motors is for steering radio-controlled vehicles. 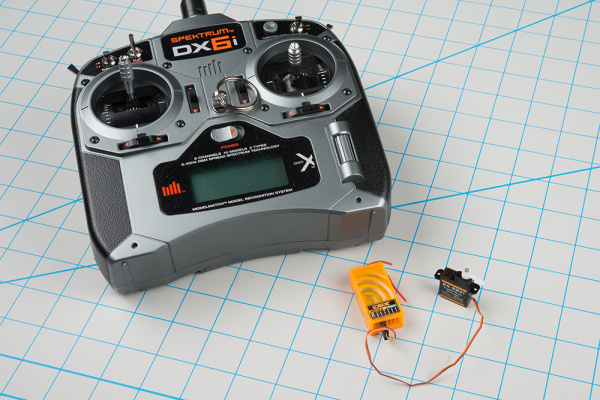 RC vehicles are controlled with a transmitter unit -- the box with the joysticks and antenna. The transmitter sends control information to receiver modules (the orange box shown above), which connect to the servo motors. When the sticks on the transmitter are moved, the receiver generates corresponding pulses, instructing the motors to move.

Configuring older RC craft required a fair amount of patience, because adjusting the servos meant careful mechanical tweaking of the servo horns, mechanical linkages, and trim controls on the transmitter. Modern transmitters and receivers are microcontroller-based, tweaked through the LCD on the transmitter, or even a computer interface.